Boris Johnson has been branded “utterly irresponsible” after he announced he will skip being questioned by senior MPs in order to “focus on delivering Brexit”.

The prime minister wrote to the House of Commons liaison committee to reveal he will no longer be appearing before them on Thursday.

It is the third time he has postponed or cancelled an appearance since entering 10 Downing Street in July.

In a letter to the committee’s chair, the Liberal Democrat MP Sarah Wollaston, Mr Johnson suggested he would be of “greater value” if he could postpone his appearance.

He instead offered a date nearer to five or six months after he became prime minister, which will come in December or January.

Mr Johnson suggested this would mean his first appearance before the committee would come after “roughly the same period in office” as spent by his predecessors – Gordon Brown, David Cameron and Theresa May – before they faced questions by senior MPs.

The liaison committee is made up of the chairs of all the House of Commons’ select committees and aims to take evidence from the prime minister on policy matters around three times a year.

In his letter to Dr Wollaston, Mr Johnson wrote: “I promised that I will come to the liaison committee and I will keep that promise but I am afraid I must now focus on delivering Brexit in the difficult circumstances in which we now find ourselves.” 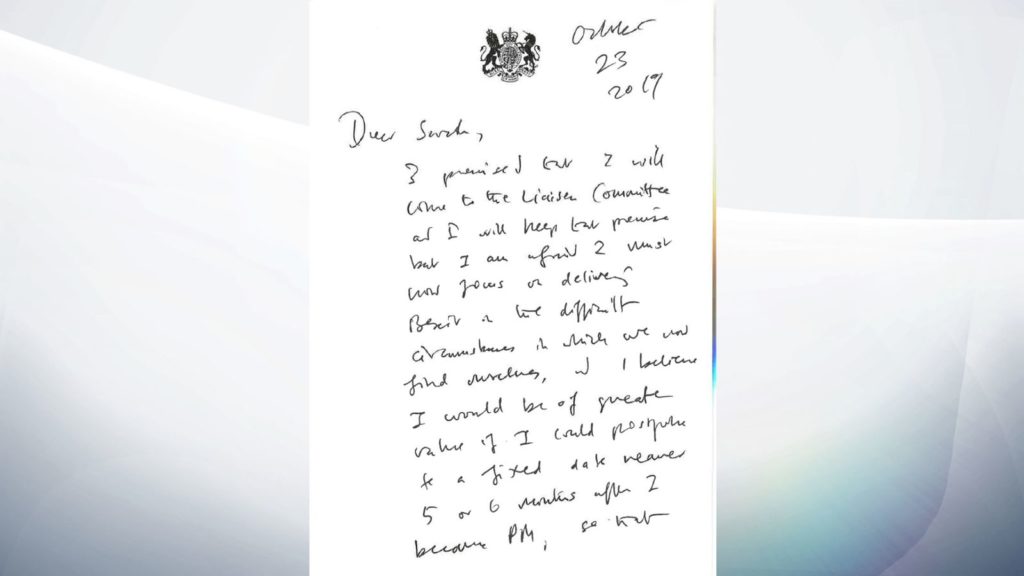 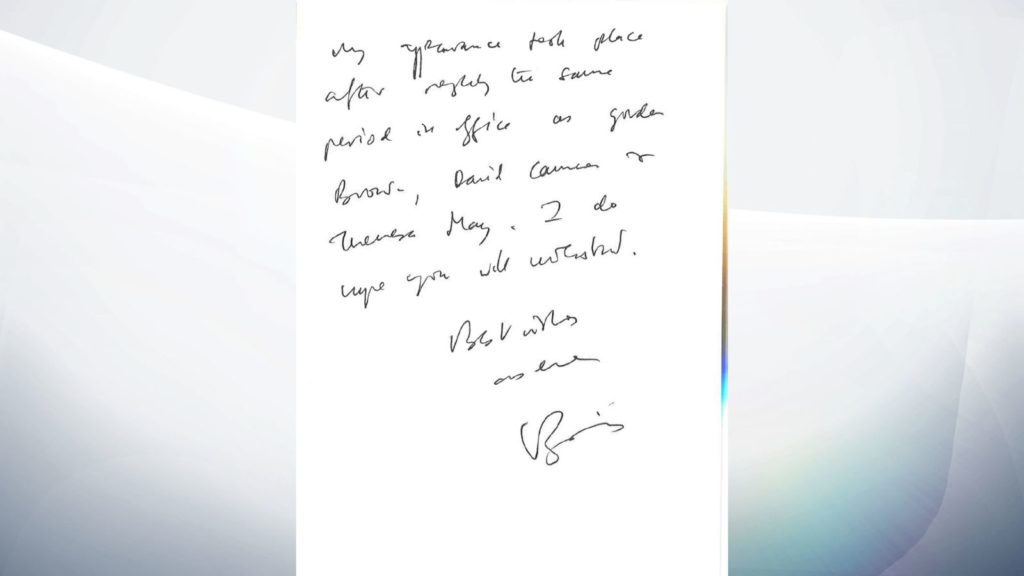 In her reply, Dr Wollaston told the prime minister: “Frankly, I am astonished that, at such short notice, you are refusing to face detailed scrutiny from select committee chairs tomorrow morning.

“This is the third time that you have postponed or cancelled.

“I have already conveyed the committee’s deep disappointment that you did not appear on Wednesday 11 September, despite your suggestion of that date and your later reassurance that you would keep that commitment.

“Our role as select committee chairs is to ask you detailed questions on behalf of the public and we planned to do so on Brexit, climate change, health and social care. It is unacceptable that you are refusing to be held to account.”

Dr Wollaston later raised a point of order in the House of Commons to brand the prime minister’s action “entirely unacceptable”.

Deputy Speaker Lindsay Hoyle responded: “You have to hold all offices – and even the prime minister – to account, I recognise that.

“I do also recognise it’s very difficult times at the moment.”

Labour’s Yvette Cooper, the chair of the home affairs select committee, said: “At such a time when there are so many important decisions to be made for the country, surely it is utterly irresponsible for the prime minister to refuse to answer detailed scrutiny questions from the committee.”

She also questioned whether the committee could trust Mr Johnson’s promise to meet them in December or January, as he has already postponed his appearance three times.

“The prime minister is held to account by all MPs every week for over an hour,” he said.

“As far as people not being held to account, it is simply not true of the prime minister.”