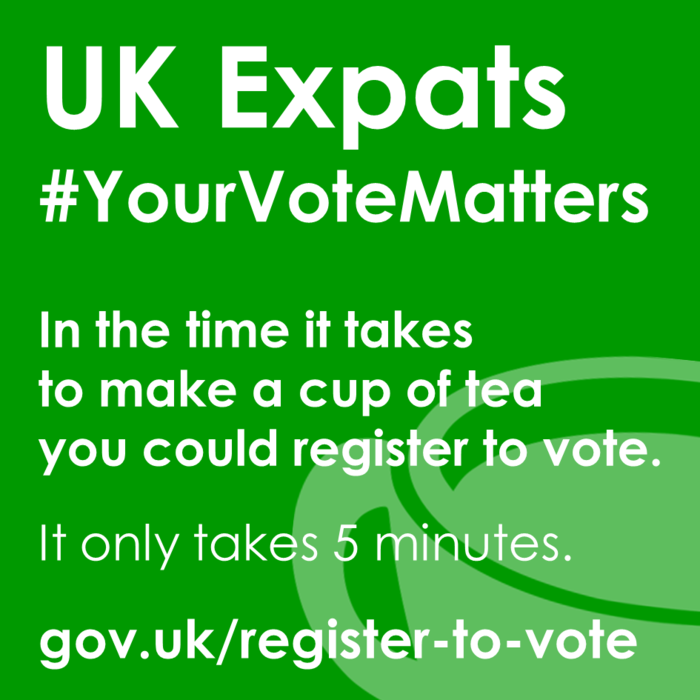 The announcement of the date for the Referendum on the UK’s membership of the European Union has triggered a surge in the numbers of British expats wanting to register to vote.

Latest figures show thousands of British nationals who live overseas are now going to www.gov.uk/register-to-vote in order to be able to have their say on 23 June. The average daily rate of online registrations by Britons abroad has quadrupled from an average of just over 600 per day before the announcement of the referendum date last weekend, to more than 2600 per day since then.

The Electoral Commission has launched a global campaign to encourage an estimated five million Britons living overseas to check their eligibility to vote ahead of the referendum on EU membership. The Foreign Office is supporting the campaign overseas, including in Spain.

“Whether you think the UK should remain in or leave the EU, the 23rd of June will be your chance to have your say. This is a once-in-a-generation opportunity for the British people to decide.

“You might be asking yourself, why bother to vote? Although you may now live in Spain, most expats still have strong ties with the UK – financial, family, friends. You may also decide to return one day. So you very probably do have a stake in the outcome and how it may affect your life. I strongly encourage you to register to vote – just go online and follow the simple process.”

If you have been on the UK electoral roll within the last 15 years, you are eligible to vote. Former residents of England, Scotland and Wales can quickly register at www.gov.uk/register-to-vote. If you last lived in Northern Ireland then you need to download an overseas voter application form from the Electoral Office for Northern Ireland, atwww.eoni.org.uk.