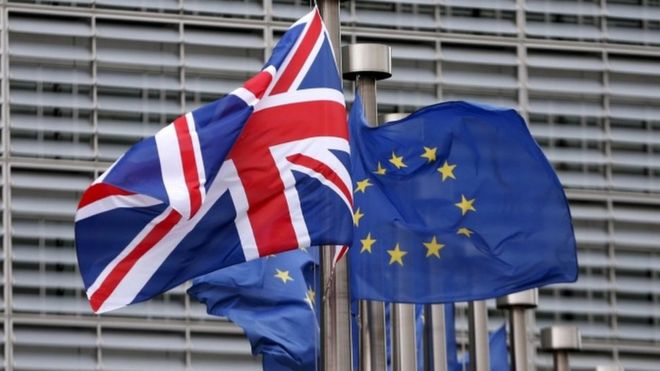 The Bank of England’s Financial Policy Committee says that the outlook for financial stability has deteriorated since November.

The committee said “the most significant” domestic risks to financial stability were connected to the referendum on EU membership.

It referred to risks of a period of “heightened and prolonged uncertainty”.

It doesn’t say explicitly that it has in mind the period after a vote in favour of leaving the EU.

But that is the most likely scenario the Financial Policy Committee (FPC) is referring too.

The result of that uncertainty, the committee judges, could “affect the cost and availability of financing for a broad range of UK borrowers”.

These pressures could, the FPC says, reinforce existing vulnerabilities.

The current account deficit, which measures the UK’s trade performance, remains high and it needs to be financed by foreign investment.

Those flows have contributed to meeting the borrowing needs of the government and business, the statement says.

The Bank also says a decision to withdraw “could spill over to the euro area”, affecting financial markets and economic growth there.

It also notes that sterling could be forced lower, though that has potential benefits – making British industry more competitive and raising the cost of imports, which would arguably be welcome at a time when inflation is well below the Bank’s target.

The Conservative MP John Redwood, who wants the UK to leave the EU, disputed the committee’s assessment when he spoke to the World at One on BBC Radio.

He said: “International investors have been quite relaxed about the possibility of Brexit. At a time when the polls have been strengthening for Brexit, and we have been getting nearer to the vote, interest rates have come down a little bit and we have seen a lot of inward investment.

“Indeed we see the Germans trying to buy our stock exchange.”