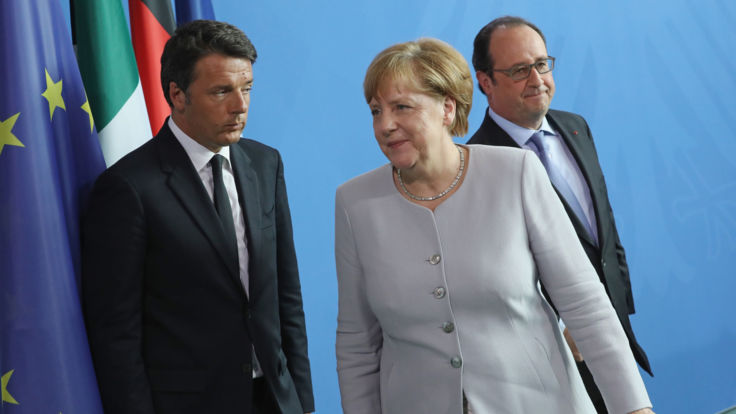 A tiny island off the west coast of Italy is the unusual but symbolic setting for a summit of three key European leaders today.

Italian Prime Minister Matteo Renzi will welcome the French President Francois Hollande and German Chancellor Angela Merkel on the island of Ventotene, 40 miles off the coast of Naples.

The leaders of the eurozone’s three largest countries are gathering to discuss the European Union’s future direction amid a growing eurosceptic climate across the bloc as well as the ongoing migration crisis and stresses in the eurozone economy.

Britain’s decision to leave the European Union with the Brexit vote in June is the most extreme example of established eurosceptic rumblings across the continent.

It is the second time the three leaders have held trilateral talks since the Brexit vote. They met in Berlin four days after the 23 June UK referendum vote.

At that meeting, the leaders said: “Today, we express our firm commitment to the unity of Europe. We firmly believe that the European Union is essential to make our countries stronger by acting together, with our common institutions to ensure the social economic progress of our peoples and to affirm the role of Europe in the world.”