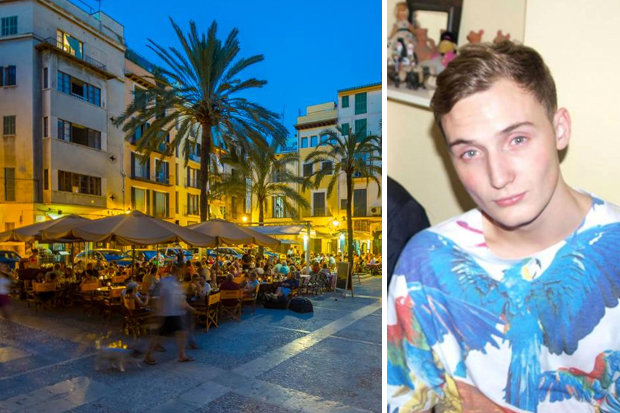 James Walton, 23, a Sheffield Hallam University student who was on a placement year on the Spanish island, was killed virtually instantly after plunging from a friend’s flat.

He suffered fatal injuries after falling head-first onto a pavement below the apartment block in the island capital Palma, it emerged yesterday.

Friends began to pay tribute to him on social media hours after the tragedy on Sunday morning, with one friend posting videos of him dancing at nightspots where he appeared to be the life and soul of the party.

Londoner James had been in Palma since last September and was working as a global loyalty intern at Melia Hotels International.He was in his third year of a BA (Honours) degree in languages with international business in Spanish.

Police believe James, who spoke German as well as Spanish, lost his balance after a drunken St Patrick’s Day party with friends he was working with at the hotel chain and others visiting from the UK.