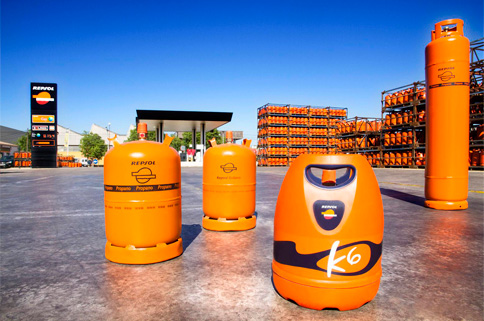 Bottled butane gas goes down in price today (Tuesday) by 5%, dropping to €13.96 from the current €14.68 due to a fall in the cost of the raw material, cheaper transport and the strengthening of the euro.

This first price fall of the year has come after many months of increases – 1.6% in January and 2.1% in November, with sharp hikes in summer last year of up to 5% in each cost review.

Only in September did prices go down, by nearly 5%, although they had gone up already by this much in summer.

As yet, gas bottle prices appear unlikely to drop to the historic low of July 2016, when they fell to just €11.25.

Price hikes in summer were due to a deficit from previous months rather than the cost of raw material having risen.

The new cost of €13.96 will remain valid until the next bi-monthly review on the third Tuesday in May.

Householders and businesses whose gas is delivered as part of a contract with a supplier will normally pay a couple of euros extra for the convenience.

Only orange butane bottles are affected by the State-regulated prices; the lighter-weight, silver-coloured bottles on sale in petrol stations vary according to location and throughout the year as their providers have the right to set their own prices.