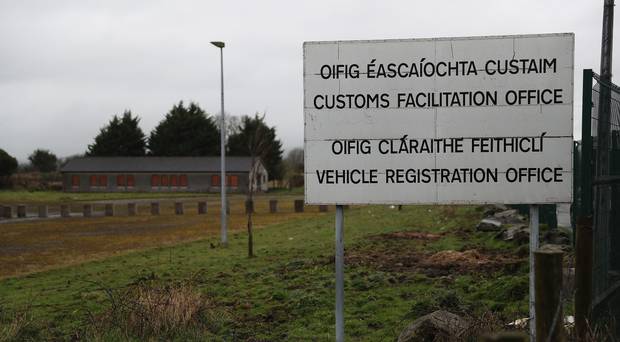 Ireland’s deputy premier has warned the UK there will be no Brexit withdrawal treaty if there is any U-Turn on the “backstop” solution to avoid a hard border on the island.

Simon Coveney, the country’s Foreign Affairs Minister and Tanaiste (deputy prime minister) insisted the UK government has provided a “cast-iron guarantee” that will ensure no physical infrastructure, checks, or controls at the border between Northern Ireland and the Republic post Brexit.

The draft text of a Brexit treaty includes an agreement between the EU and the UK that there must be a backstop solution to ensure that there is no hard border on the island of Ireland.

On Monday the UK and EU agreed terms for a Brexit transition period.

Negotiators Michel Barnier and David Davis said the deal was a “decisive step” in the Brexit process.

Speaking during Leaders’ Questions in the Dail (Irish Parliament) on Tuesday Mr Coveney hit back at claims that the Government had failed to make any progress on the Irish border issue.

Fianna Fail TD Stephen Donnelly said he believed that what was agreed on Monday was a “political fudge”.

He also said it was an attempt to “kick the (border issue) can down the road.”

However, Mr Coveney said: “Now what we have is an agreement from the British negotiating team to put that backstop in the withdrawal agreement first so that we know there is a floor below which we cannot fall.”

He added: “And they have also agreed, as a matter of urgency, they would engage in negotiation to put a legally operational backstop in place in the withdrawal agreement and that negotiation would start as soon as next week.

“I think you should inform yourself in terms of what is progress and what’s not,” he told Mr Donnelly.