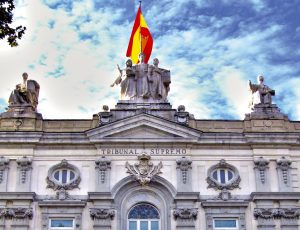 Jordi Sanchez, a separatist civic leader in jail over his alleged role in Catalonia’s secession bid, is mulling dropping his bid to lead the region in what could ease a months-long political blockage.

In an appeal Tuesday at the Supreme Court against the decision to keep him in jail pending a probe into alleged sedition and rebellion, Sanchez’s lawyers said he was “considering giving up his (parliamentary) seat in the coming days.”

If he does this, separatist parties would be able to designate a new candidate for the presidency of Catalonia, which has been under direct rule from Madrid since October 27 when regional lawmakers declared independence.

While separatist parties won subsequent regional elections in December, retaining their absolute majority in parliament, they have still not been able to form a government.

Catalonia’s former president Carles Puigdemont, who was sacked by Madrid after the independence declaration and left for Belgium where he lives in self-exile, was their first candidate to lead the region again but he eventually dropped his bid.

But this too has proven problematic as Supreme Court judges refused to release him for a crucial parliamentary session that would officially appoint him president.

In a statement, Sanchez’s lawyers acknowledged this, saying he was considering giving up his seat “given the difficulty to work as a lawmaker and attend the parliamentary session as candidate for the regional presidency.”

The Supreme Court could rule as soon as Tuesday whether it heeds Sanchez’s appeal and sets him free.

Eduard Pujol of Puigdemont and Sanchez’s separatist Together for Catalonia grouping also confirmed he was mulling quitting politics.

If that materialises, he said, “we will continue doing everything that is needed not to go to (repeat) elections, to form a government.”