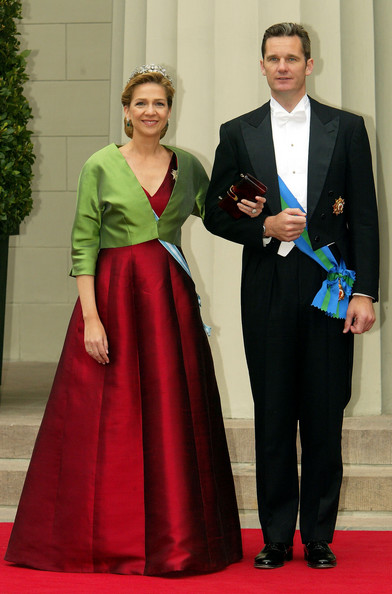 Five justices from the Supreme Court will have to decide whether to ratify the six-year, three-month prison sentence against Iñaki Urdangarin on corruption charges

Five Spanish Supreme Court justices will begin a hearing on Wednesday to decide on the future of Iñaki Urdangarin, King Felipe VI’s brother-in-law, in connection with the Nóos corruption case.

Urdangarin, a former Olympic handball champion who was sentenced to six years and three months in prison but appealed the ruling, is not expected to show up at the court session that will help decide whether he goes to jail or is acquitted.

On February 17 of last year, a regional court in Palma de Mallorca found Urdangarin guilty of fraud, embezzlement, influence peddling and tax crimes in a case that also ensnared his wife, Cristina de Borbón, the younger of the current monarch’s two sisters.

The corruption scandal revolved around the Nóos Institute, a non-profit foundation run by Urdangarin and his business partner Diego Torres, and used to secure lucrative no-bid contracts from regional governments for sports and tourism events.
Nóos received millions of euros in public funds from the regional governments of Valencia, Balearic Islands and Madrid thanks to Urdangarin’s high-placed contacts, and both men then diverted large sums into private accounts, the verdict found. Torres was sentenced to eight years and six months in prison, and slapped with a €1,723,843.10 fine.

Urdangarin’s lawyer, Mario Pascual Vives, has not been by his office this week. “He is out, getting things ready,” said a colleague at his Barcelona law firm. Urdangarin now lives in Geneva with his family, and sources consulted by this newspaper agreed that he is not likely to show up in Palma de Mallorca today because his presence is not necessary.

Instead his defense lawyer, the prosecution and state lawyers will present their own arguments before the Supreme Court’s Criminal Division. Because of the large number of appeals that the court has to deal with, it is possible that the Urdangarin hearing will extend over more than one day, said legal sources familiar with the situation. And a decision might take weeks if not months to be handed down, said the same sources.

If the Supreme Court upholds the earlier decision, or even extends the prison sentence, Urdangarin could still challenge the ruling before the Constitutional Court, and simultaneously request to remain free until this last court delivers its own verdict.

His defense lawyer will attempt to convince the Supreme Court that his client should be exonerated because “he never handled accounting, financial or tax matters” at Nóos. Prosecutors will try to persuade justices of the opposite, and request a harsher sentence of up to 10 years.

Cristina de Borbón was cleared of the criminal charges against her, but was fined €265,088 in the Nóos case. The royal was never charged by either public prosecutors or tax authorities, but rather on the basis of a private prosecution that claimed that Cristina had cooperated with her husband.

Her role in the case stemmed from the fact that she co-owned Aizoon, a company allegedly set up by her husband to channel some of the €6.2 million he secured for inflated contracts to organize events through his Nóos Institute. Cristina de Borbón used an Aizoon credit card to make personal purchases and claimed business deductions on her 2007 and 2008 tax filings.