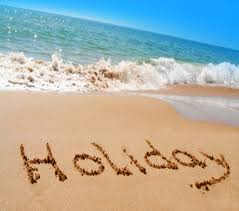 British holidaymakers are searching for cheaper alternatives to Spain for package holidays in summer 2018. Rising costs have caused Brits to look east, with searches for all-inclusive holidays to Turkey, Egypt and Tunisia soaring.

Spanish sun and sea destinations, such as the Balearic and Canary Islands, still hold the crown for Brits’ most popular country to go on a package holiday.

However, only just, as this much-loved destination is fighting off some stiff competition from the Eastern Mediterranean.

According to new research conducted by holiday price comparison site, TravelSupermarket, interest in Turkey is making a comeback as holiday destination of choice for summer 2018.

The new findings have seen interest in Turkey soar, meanwhile Spain is suffering from a reduction in interest.

Stealing the spotlight, Turkey has gone from being Brits’ twelfth most popular country for an overseas’ package holiday, to fifth this summer. That’s a staggering 76 per cent revival year-on-year.

Top spots include the fast-growing city of Antalya, with an 129 per cent increase in searches for holidays.

Bodrum has also seen a 46 per cent increase in Brits looking to holiday there in summer 2018.

Simultaneously, Spain is suffering from waining interest. TravelSupermarket predicts a 27 per cent year-on-year drop in interest, despite still being the overall favourite for a package holiday for Brits.

Resorts like Magaluf in Majorca have seen a 49 per cent decrease in holiday searches, dropping 13 places to the 49th most popular search for a summer vacation.

Made famous by the likes of the British sitcom Benidorm, even the popular Costa Blanca resort has seen a 33 per cent drop, making it this year’s 12th British holiday destination of choice.

The change in heart may be due to Turkey’s competitive holiday prices. For example, jetting off to Tenerife for a five-star seven night all-inclusive holiday will cost you 103 per cent more than the equivalent in Turkey, TravelSupermarket revealed.

Spokesperson from the holiday price comparison site, Emma Coulthurst, commented: “All-inclusive is now the most popular choice of package holiday for Brit holidaymakers as it gives you an idea of your budget upfront and avoid any currency volatility.

“Going to Turkey enables you to avoid the euro. For those things which you want to buy outside of your hotel, sterling is over 14 per cent stronger against the Turkish lira than a year ago and is worth almost twice as much as five years ago.

“On a purchase of a £500 worth of lira, holidaymakers will currently get around £62 more cash in hand than they would have last year, which is a big incentive for those on a limited budget.”

As well, the cost of living in Spain has risen, meaning food, drink and other holiday essentials are more expensive than ever before.

According to The Post Office’s latest Worldwide Holiday Costs Barometer, prices have surged by 39 per cent in Spain’s Costa del Sol, where popular destinations such as Marbella and Puerto Banus lie.

In addition, other Eastern Mediterranean holiday destinations such as Croatia, Cyprus and Montenegro are giving popular Western Med holiday spots a run for their money.

Interest in the Dubrovnik Riviera, a gorgeous 12-mile stretch of bays and beaches along the Adriatic coastline, has sky-rocketed by 405 per cent year-on-year for seven-night summer package holidays.

The sun-kissed isle of Cyprus has also seen a resurgence in interest, up some 22 per cent in searches for seven-night holidays.

As well, the Red-sea resort of Hurghada renowned for its snorkelling and diving, is also attracting an increasing number of Brits, with a 97 per cent rise in interest.

Tunisia is seeing a natural return since holidays were put on sale again, after a three-year hiatus in the wake of the 2015 Sousse massacre. Package holiday provider, Thomas Cook, recently announced its plans to resume flights to Tunisia, as well as introduce new regional routes in 2019.