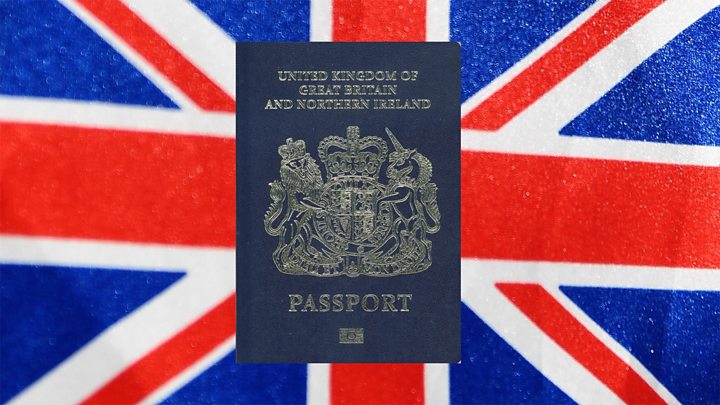 The new UK passport to be issued after Brexit will be made in France, according to the current British manufacturer.

The boss of UK supplier De La Rue told the BBC that Franco-Dutch firm Gemalto had won the £490m contract.

The Home Office said a winning bid had been chosen but it was up to the supplier to announce the news.

It said the deal could save the taxpayer £100m-£120m and that 70 new jobs would be created in the UK, at sites in Fareham and Hayward.

Gemalto, which is headquartered Paris. Earlier, De La Rue boss Martin Sutherland told reporters “Over the last few months we have heard ministers happy to come on the media and talk about the new blue passport and the fact that it is an icon of British identity.

“But now this icon of British identity is going to be manufactured in France.”

He added: “I’d like to ask Theresa May or Amber Rudd to come to my factory and explain to our dedicated workforce why this is a sensible decision to offshore the manufacture of a British icon.”

Under EU procurement rules, the Home Office had been required to throw open the bidding process to European firms.

It added that passports did not have to be made in the UK and some blank covers were already made overseas.

De La Rue, which has held the contract to manufacture British passports since 2009, said it it had been “undercut on price” by Gemalto.

Mr Sutherland said it was unclear whether jobs at the firm’s Gateshead factory would be affected. De la Rue employed more than 600 staff at the site last year.

The company issued a profit warning on Tuesday, which triggered a sharp fall in its share price.

On Thursday morning, the shares were down by a further 4.7%.

Brexit-supporting MPs hailed the decision to return to the blue and gold passport, first used in 1921, after the UK leaves the EU as an example of the UK taking back control.

In December, the prime minister tweeted it would be “an expression of our independence and sovereignty”.

However, pro-Brexit former cabinet minister Priti Patel said the decision to hand the new contract to a foreign firm was “disgraceful” and “perverse”.

The Liberal Democrats’ Brexit spokesman, Tom Brake, said: “The blue passport saga is turning into a farce. First it was established that we did not have to leave the EU to have blue passports. Now we learn that the passports will be printed by a foreign company.

“And to add insult to injury, we will pay over the odds for them because the value of the pound has fallen since Brexit and they will have to be imported.”

Existing passport holders will continue to use their existing burgundy passports until they expire.

The Home Office issues more than six million passports annually and is the only provider of passports to British citizens.