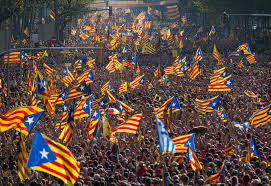 A Spanish judge has summoned Catalan separatists he is probing for their alleged role in the region’s independence drive to tell them what they are charged with, the penultimate step before trial.

Among those summoned to the Supreme Court on Friday is Jordi Turull, the former Catalan government spokesman who is tipped to become the separatist camp’s third candidate to lead the region, after deposed president Carles Puigdemont and civic leader Jordi Sanchez abandoned their bid.

According to a court document seen Wednesday by AFP, the judge will also decide whether or not to remand Turull in custody, as well as five other separatist leaders such as the Catalan parliament’s former speaker Carme Forcadell.

If Turull, who is currently free on bail, is placed in custody, it will make his candidacy for the presidency difficult.

Separatist parties won regional elections in December, retaining their absolute majority in parliament, but they have still not been able to form a government as their two candidates for the presidency proved problematic.

As a result, Catalonia remains under direct rule from Madrid since October 27th when lawmakers declared independence.

Puigdemont, who was sacked by Madrid after the declaration and left for Belgium where he lives in self-exile, was the first candidate to lead the region again.

But the Constitutional Court ruled he could not be appointed remotely, and he will be arrested if he comes back to Spain.

So he proposed Sanchez, the former head of the influential pro-independence ANC civil society group who is in jail pending the probe into the independence drive.

But this too proved problematic as Supreme Court judges refused to release him for a parliamentary session that would officially appoint him president.

Turull could become the new candidate as he was third on the list of Puigdemont’s “Together for Catalonia” list in December elections after the former regional president himself and Sanchez.

On Friday, the judge will tell each person he is probing or their lawyers exactly what they are charged with.

Until then, they had only been charged over a general probe into rebellion, sedition and misuse of public funds, but did not know what they were specifically accused of.

They will be able to appeal the charges, but if these are confirmed, they will go to trial.