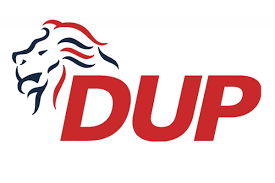 Theresa May’s “marriage of convenience” with the DUP is preventing her taking courageous decisions on the long-term future of the UK post-Brexit, Sir Nick Clegg has said.

The high-profile Remain advocate expressed concern about the impact of the confidence and supply deal as he met politicians in Dublin.

He said Mrs May was hamstrung from taking “wise” decisions on how to avoid a hard border.

“It complicates things enormously,” he said of the pact.

“It significantly restricts her ability to act more courageously on this crucial issue of the border issue.

“It has further hemmed in the ability of the British government to act wisely and courageously for the long-term future of the United Kingdom and also all these issues that affect the island of Ireland.

“It would seem in this great and historical moment, when so many things are at stake, pretty peculiar that a here-today-gone-tomorrow marriage of convenience between the DUP and Conservatives – because the Conservatives triggered and failed to win a general election – should be the thing upon which all these great decisions hinge.

Mr Heseltine said he did not think the confidence and supply deal was affecting the Brexit negotiations.

“I don’t think it is because I think that within the Conservative Party there is obviously a divide of opinion but a significant part of that divide would identify itself with the views of the DUP,” he said.

“So even without the DUP, the same issues would be of crucial importance for Mrs May and the judgment she reaches.”

Mr Adonis accused the DUP of doing a “very poor job” of representing the people of the north, given the party advocates Brexit but a majority voted Remain.

“They are saying different things to different people,” he claimed.