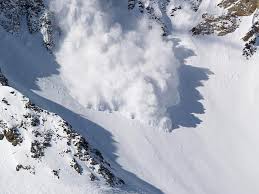 An avalanche in the Aran Valley, not far from the popular ski resort of Baqueira-Beret caused the death of two men and has left a third fighting for is life.

An avalanche in the Aran Valley in the Pyrenees mountains in Spain northeastern region of Catalonia killed two people and left a third seriously injured on Thursday, firefighters said.

A helicopter was dispatched to the area where firefighters “found three people, two of whom had died and another who was seriously hurt with multiple injuries,” they said in a statement.

A spokeman for the firefighters said the identity or nationality of the victims was not yet known.

At first it was thought the victims may have been skiers traversing off-piste but later information suggests the group may have been doing “scientific” research in the area.

The injured person has been taken to hospital in Viella, some 300 kilometres (186 miles) northwest of Barcelona.

The avalanche occurred at 10am in the Conangles Valley part of the Aran region next to the southern exit of the Vielha tunnel, just a few kilometers from the popular ski resort of Baqueira-Beret.

Earlier this month, two Spanish skiers died in an avalanche on the French side of the Pyrenees.