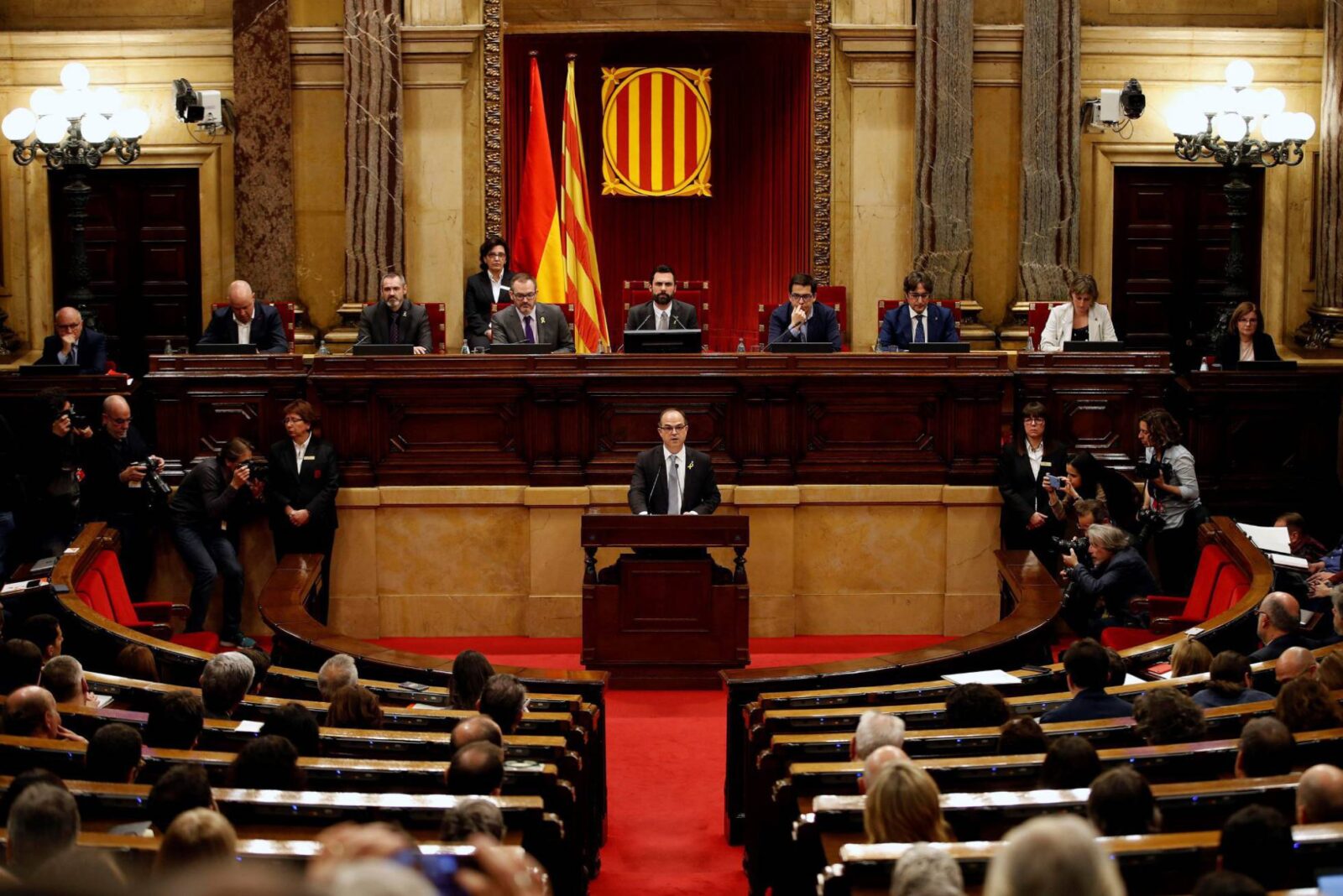 In a new twist to the ongoing political crisis in Catalonia, a small but pivotal party made a last-minute decision to withhold its support for Jordi Turull, the separatist bloc’s candidate to become the new Catalan premier.

The anti-establishment CUP, which wants a complete break with Spain, held a meeting of its political board on Thursday ahead of the parliament session to vote in a new regional leader for Catalonia following three months of stalemate.

The outcome of that meeting was a decision that all four CUP deputies would abstain at the investiture vote, thus depriving the separatist bloc of the absolute majority required to have Turull confirmed on Thursday.

“We cannot condition our political action to the repressive action of the [Spanish] state. From the very beginning, we said that the battle had to be continued with a courageous government program for this political term, one that would carry on with the mandate that emerged from October 1,” said the CUP in a release, alluding to the illegal independence referendum held on that date.

“The governing program proposed by Junts per Catalunya [JxCat] and the Catalan Republican Left [ERC] does not make any progress in the construction of either republican or social measures that address the rights and needs of the working class and other popular classes,” the statement added.

“We continue to insist, it’s not the who that matters, it’s the what. We are here to make a Republic,” the far-left group tweeted.

The investiture session – the third to be scheduled since the December 21 elections, following the failed nominations of ousted premier Carles Puigdemont and grassroots activist Jordi Sànchez – began nevertheless at 5pm on Thursday as planned. Because the separatist bloc now lacks enough votes to secure an absolute majority for Turull, there will be a run-off in 48 hours where a simple majority of more yes than no votes will be sufficient.

But by then, Turull may no longer be in a position to run. On Friday, the Supreme Court is due to formally present charges against him and other secessionist leaders who will be tried for sedition and rebellion over the failed independence bid. If the judge places Turull in pre-trial detention, he will no longer be able to attend parliament for the next vote.

The Thursday session had been hastily scheduled precisely to forestall such a move.