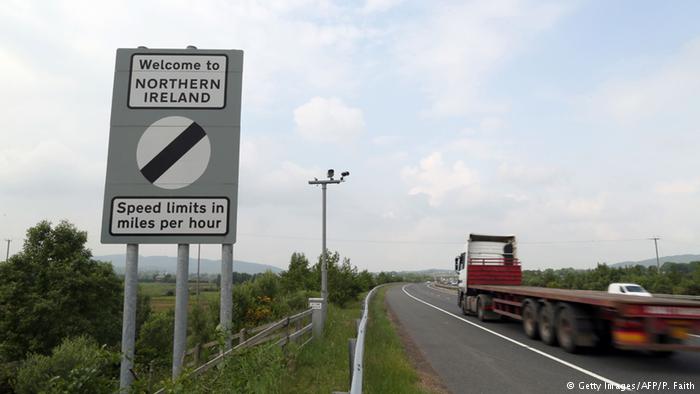 Talks aimed at reaching a deal on what will happen to the Irish border after Brexit will start in Brussels later.

The UK and EU agree there should be no hard border, but differences remain on how to achieve that goal.

Monday’s negotiations will cover customs, food safety, animal health and the regulation of other goods.

Further talks will take place next month with EU leaders due to assess progress at their next summit in June.

Last week, those leaders agreed to a 21-month Brexit transition period between March 2019 – when the UK officially leaves – and the end of 2020.

It is effectively a standstill deal which means the UK will continue to follow EU rules in that period and have unimpeded access to the single market.

However, the transition period will only be implemented if there is also a deal on the border.

In December, the EU and UK agreed that the border could be kept frictionless in three possible ways:

In February, the EU proposed the backstop which would mean Northern Ireland staying in the customs union or single market if there is no other way to maintain a soft border.

On Sunday, Brexit Secretary David Davis said the UK would agree to a backstop, but not the one which has been proposed by the EU.

Mr Barnier said the Irish border question could not be left pending, and most be brought to an “operational solution”.

Taoiseach (Irish prime minister) Leo Varadkar said he would like to see real engagement on the backstop text from the UK this week.

“If they can’t agree to it, at least put forward alternative options that achieve the same outcome,” he said.

“The onus is on them to come up with amendments to that text or alternatives that achieve what we all say we want to achieve.”