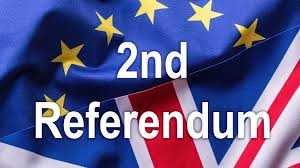 Labour’s deputy leader has not explicitly ruled out the party backing a second Brexit referendum in the future.

Answering questions about the dismissal of Owen Smith – who was sacked by leader Jeremy Corbyn after calling for another vote – Tom Watson told the BBC’s Andrew Marr show that Labour had “never called for a second referendum”.

“And what we want is to apply pressure to the Government to get them to change their negotiating position and I think we’ve been moderately successful in that.”

Responding to Mr Watson’s remarks, Conservative Party chairman Brandon Lewis said: “Only days ago Jeremy Corbyn fired Owen Smith for calling for a second referendum, which many senior members in Labour support – will there be any of Labour’s frontbench left by the end of the week?

“On one of the biggest issues facing the country, Labour are only interested in frustrating the process rather than making Brexit a success.”

Mr Watson’s comments risk further fuelling the row sparked by Mr Smith’s departure on Friday, with Mr Corbyn accused of a “terrible Stalinist purge” in the aftermath of the decision coming to light.

Mr Smith, the former shadow Northern Ireland secretary, told Sky News he was sacked for voicing views on Brexit that are shared by the “overwhelming majority” of Labour members.

“Given this is the most pressing economic crisis that we’ve faced in our country for many generations, we need to be honest to the country and true to our beliefs about the scale of the crisis we face,” he said.

“The country, the people, ought to be given the chance to make a decision when the facts are properly known and understood, not on the basis of the flimflam and the lies from Boris Johnson and the rest of them.”

Mr Watson’s shadow cabinet colleague Andy McDonald was more strident on the prospect of a second referendum, telling Sky’s Sunday with Niall Paterson that the nation voted Leave and “we’ve got to work collectively within the Labour Party to try and heal the nation”.

He added: “I know lots of people have called for a second referendum, I seem to remember Nigel Farage saying we should have a second one … he seems to have gone very quiet on that in subsequent months.

“But we are in this position and I would ask people to think through, where would that get us if we were going to go down the path of that second referendum at this stage. It’s about bringing the nation together.”