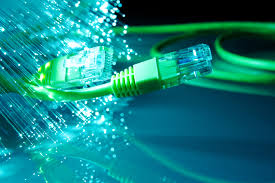 Every single town and village in Spain will have access to broadband by the year 2021 and a budget of half a billion euros has been set aside for the purpose, national president Mariano Rajoy has announced.

Within three years, every home and business in the country will be able to get online with a minimum speed of 300MB per second.

Whilst the vast majority of built-up areas in the country have had broadband access for well over a decade, some of Spain’s more rural regions are home to villages with populations in double figures – or even less – where mobile phone signals and internet connection of any type are often lacking because telecommunications companies know they would make a significant loss investing in the necessary infrastructure.

Teruel’s wider province has vast swathes of countryside with no civilisation at all, its largest towns have between 100 and 500 residents, and these are few and far between – the average size of a village is 30 inhabitants, and in Aragón as a whole, nearly 80% of the headcount lives in municipalities whose resident numbers barely reach treble figures.

The government chose to make the announcement in Teruel because it is one of the provinces most at risk of its population declining rapidly, and the broadband plans are part of the State’s attempt to curb this trend.

In practice, although 100% of towns and villages will be online within three years, only 95% of Spain’s population will have access to high-speed internet, since the remaining 5% are isolated homes in the depths of the country a long way from their nearest built-up area.

As well as the region of Aragón, other predominantly-rural communities which the move will benefit include Asturias, Galicia, Castilla-La Mancha and Castilla y León, all of which will be given funds in their regional government budgets to set up modern communications systems.

Surprisingly, despite a permanent internet connection only being guaranteed to 66% of the population, Spain’s coverage is among the highest in the world – surpassing even that of the UK, Germany and Italy.

But lack of communications, as well as declining access to healthcare, schools, policing, energy and opportunities for business are the main issues threatening rural Spain – those who need to work cannot live in areas where their nearest large town is a couple of hours away by country roads, meaning residents of child-bearing age are few, leading to schools closing which, in turn, forces young families to move away so their kids can have an education.