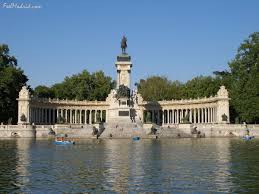 ‘STORM Hugo’ has already claimed a life in Spain, and 72 B-roads are closed whilst another 29 require snow chains as the whole of the country is under weather alerts for rain, high winds, snow and tidal surges.

A four-year-old boy was killed outright at 13.30 today (Saturday) after a tree fell down on him in Madrid’s central Retiro Park, just half an hour after the city council announced it was about to evacuate the complex due to gales.

Authorities had not yet reached the part of the huge public garden where the child was – at the crossroads of the C/ Menéndez y Pelayo and the C/ Ibiza – when the tree came down.

Half an hour later, a woman suffered a broken leg and a blow to the head when a tree branch fell on her on the C/ Caramuel in Madrid’s Latina neighbourhood.

Roads have been blocked altogether or are proving hazardous and difficult in Cantabria, Asturias and Castilla y León, including two motorways in the latter, the A-6 and AP-66 which are said to be slippery with snow and black ice.

The NA-2011 in Navarra is shut between kilometres 7 and 20 near Larau, and two tornados have hit Galicia, causing damage in the towns of Cee (A Coruña province) and Cambados (Pontevedra province), whilst a roof in Miño (A Coruna province) has been struck by lightning.

Gales have forced the closure of Formentera’s La Savina port, and shipping conditions are generally extremely poor across the Balearic Islands.

The storm is expected to aggravate existing traffic problems forecast as a result of this weekend being the start of the Easter holiday exodus, where millions of residents head out of cities for coast and country locations.

Civil Protection volunteers across Spain have recommended doors and windows remain closed and bolted, any object which could fall onto the street be removed, and for anyone on foot to avoid cornices, trees, walls, buildings under construction, cranes or any other elements that may fall down.

The photograph shows the exact spot in Madrid’s Retiro Park where the little boy was crushed this afternoon.