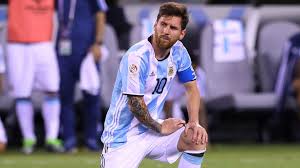 Lionel Messi has recovered from his adductor muscle problems and will play against Spain in a friendly on Tuesday.

Argentina manager Jorge Sampaoli said on Monday that ”yesterday and today (Messi) trained and he was fine … I don’t think he will have any problem playing.”

A minor muscular problem in an unspecified leg kept Messi on the bench last Friday during Argentina’s 2-0 win over Italy in a friendly in Manchester, England.

”If there were some risk, Leo would say something,” Sampaoli said. ”The day before the match against Italy he said he wasn’t fit to play and he didn’t.”

Spain midfielder Thiago Alcantara, who played with Messi at Barcelona before moving to current club Bayern Munich, said he was glad Messi was ready to play.

”First of all, I never want a colleague not to be able to play because of an injury,” Thiago said. ”But beyond that it is important Messi plays for both the spectacle he offers and because we always want to test ourselves against the best.”

Spain coach Julen Lopetegui has experimented with his starting striker since dropping Alvaro Morata and recovering Diego Costa with the World Cup in Russia less than three months away.

Valencia’s Rodrigo Moreno started and scored Spain’s goal in a 1-1 draw with Germany in Dusseldorf on Friday.

Lopetegui, as usual, didn’t reveal his choice for Tuesday’s game.

”We are looking toward to a fantastic match, in a great setting against the World Cup finalist, which has a player that is among the best ever,” Lopetegui said.