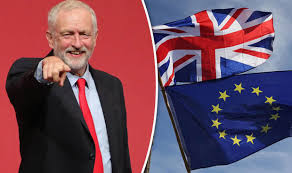 Labour says the offer of a “take it or leave it” Commons vote on the final Brexit deal is “unacceptable” and MPs, not ministers, must agree the outcome.

Shadow Brexit secretary Sir Keir Starmer said it was “unthinkable” that if MPs rejected the agreement the UK just “crashed out” of the EU anyway.

In such an event, ministers should be able to resume negotiations, he said.

Theresa May has promised a “meaningful” vote on the deal but indicated the UK would still leave whatever the outcome.

The prime minister, who has said she is confident she will negotiate a deal that is in the interests of both sides, is currently updating MPs on the latest progress in the Brexit negotiations.

On Friday, the EU agreed to a 21-month transition period after the UK’s exit, on 29 March 2019, and approved guidelines for the next phase of talks on its future economic and security relations with the UK.

Mrs May said while “not everyone” would be happy with the “continuation of existing trading arrangements” for 21 months, the period would provide stability for business and help them prepare for the future.

The focus, she said, should now be on securing a future partnership that “will endure for years to come” and while there were some key questions yet to be resolved, she believed the basis for a deal was there.

The EU wants to reach an agreement on the terms of the UK’s withdrawal by October, allowing enough time for the UK and EU Parliament to vote on the deal prior to the UK’s exit.

Should MPs reject the deal, it is not clear if there would be enough time for ministers to renegotiate a new one ahead of the deadline for leaving – unless the UK and all 27 other EU members agreed to extend the process.

Speaking in Birmingham, Sir Keir said the government’s offer of a “take it or leave it” vote was “unacceptable”, given the damage leaving without an agreement would do to the British economy and workers.

Labour, he said, would work with other parties to ensure Parliament “brought back control” of the process if the prime minister’s deal was not satisfactory, by “strengthening” the terms of the promised vote in the EU Withdrawal Bill.

“If Parliament rejects the prime minister’s deal that cannot give licence to her – or the extreme Brexiteers in her party – to allow the UK to crash out without an agreement,” he said.

“That would be the worst of all possible worlds.”

In such a scenario, Labour would not dictate what Parliament should do although its preference was for ministers to “go back to the negotiating table and work towards securing a deal that works for Britain”, Sir Keir said.

“This would provide a safety valve in the Brexit process to safeguard jobs and the economy,” he said.

“It would remove the possibility of a ‘No’ vote leading to a no deal. It would bring back control to Parliament.”

Labour’s Brexit policy has come under fresh scrutiny since Jeremy Corbyn sacked Owen Smith from the front bench on Friday after he broke ranks by calling for a referendum on the terms of final deal.

Labour has sought to differentiate itself from the government by calling for the UK to agree a new customs union with the EU after its exit, but some MPs want it go further and pledge to give the public the final say.

Responding to the PM’s Commons update, Labour leader Jeremy Corbyn attacked what he said was the government’s “posturing and dithering” over Brexit.

Its approach, he claimed, had been characterised by “wild claims and red lines which quickly become climbdowns and broken promises”.

He asked what flexibility there was for extending the transition period if necessary and for the UK to remain in the Euratom nuclear association.

For the SNP, its Westminster leader Ian Blackford said the Scottish fishing industry had been “bargained away” in negotiations and left “hamstrung” during the transition period, where existing rules will continue to apply.

The PM said the UK would be leaving the Common Fisheries Policy and taking back control of UK waters and suggested the criticism was “a bit rich” coming from a party that opposes Brexit and wants to remain in the CFP “in perpetuity”.