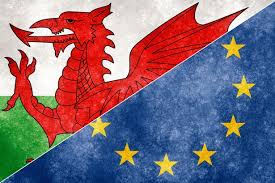 Brexit should not signal a move away from Wales’ “proud tradition as an outward-looking nation”, a group of AMs has warned.

The External Affairs Committee’s report also calls on the Welsh Government to continue to push for “preferential access” to the EU’s single market.

It will be launched in Brussels later.

The Welsh Government said it will continue to press the UK government for continued access to the single market and participation in a customs union.

Committee chairman David Rees said: “We are clear that whilst Wales is leaving the EU as the UK does, it is not leaving Europe.

“The last 45 years of cooperation and integration cannot be lightly discarded, whatever the eventual outcome of Brexit negotiations may be.”

On the issue of a future EU-UK trade agreement which will be negotiated by UK government ministers, the committee says: “The UK government should be under no illusion as to the views expressed to us about the potential adverse economic consequences for Wales of not securing market access free from both tariff and non-tariff barriers.

“We recommend that the Welsh Government negotiates with the UK government to ensure that preferential market access, free from both tariff and non-tariff barriers, is prioritised in the forthcoming negotiations on the UK’s future relationship between the UK and the EU.”

A Welsh Government spokesman said: “We always have and will continue to press the UK government on the need for continued full and unfettered access to the single market and participation in a customs union.

“We will consider the committee’s report and provide a formal response in due course.”

In her Mansion House speech at the start of March, Prime Minister Theresa May said access to the single market would be “less than it is now”.

She has also committed to leaving the EU’s customs union.

Following the publication of this report, the committee will now begin work on a second report comprising the “view from Europe”.