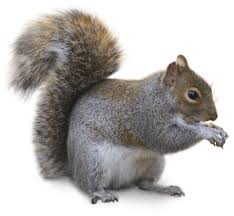 Conservationists urge ministers to enact protections from threats that could ‘wreak havoc on our rivers, seas, and countryside’

Invasive plants and animals caused £2bn of damage to the UK economy last year and the problem may worsen after Brexit, conservation groups have claimed.

The government must do more to address the cost of damage from species like grey squirrels and the fast-growing Japanese knotweed, the Wildlife and Countryside Link coalition said, as it warned ministers of new “harmful nature invaders” threatening Britain’s economy after it leaves the EU.

In addition to current costs, changes to trade agreements and wildlife security measures after Brexit – plus potential new trade routes – could raise the risk of new invasive species entering the country, the group said.

Camilla Morrison-Bell, head of the Link’s invasive non-native species group, said: “The number of nature invaders setting foot in the UK is set to grow.

“Not only can they wreak havoc on our rivers, seas, and countryside, they can cause devastating damage to buildings, infrastructure and produce.

“Prevention is better than cure, so we need better resourcing for the work of enforcement agencies, backed up with legislation, to tackle the increasing nature invader threat.

We went on a tour of Brexit Britain and this is what we found;

The government in England spent £922,000 in 2016/17 on invasive non-native species, with just £335,000 spent on early warning and rapid response, despite preventative and early action being more cost effective than trying to eradicate species when they become more established, the groups said.

Japanese knotweed, a plant which harms habitats, increases soil erosion and flood risk and damages buildings, railways and roads, tops the list of costly invasive species with a £200m price tag in 2017.

The second most damaging, according to an assessment by the conservation groups, are New Zealand flatworms, which prey on worms and snails and reduce soil fertility, hurting food production.

Their impact cost Scotland some £23m in 2017, and in Northern Ireland the figure was £34m.

Other major invasive species include mink, which threaten poultry and fish farms and wildlife, Australian swamp stonecrop, an invasive aquatic plant, and the North American signal crayfish which has wiped out native crayfish populations.
Hannah Freeman, of the Wildfowl and Wetland Trust, said: “Nature invaders are a big post-Brexit economic threat, which the government needs to tackle head-on.

“Robust coordination, strong prevention and enforcement, and a firm legal-underpinning are all essential to turn away harmful nature invaders from our borders.”

The Link warned that existing invasive pests could become more widespread if trade increases with their native countries. It singled out the zebra mussel, which it claimed cost the US economy $5bn (£3.5bn) a year and caused some £800,000 of damage in the UK.

Theresa May has made her aim of getting a trade deal with the US a key feature of her dealings with Donald Trump since she became the first foreign leader to visit him in Washington DC.

A Defra spokeswoman said: “The UK is leading the way in Europe on securing our borders against invasive non-native species and implementing rapid response eradication programmes against those species that do make it into the country.