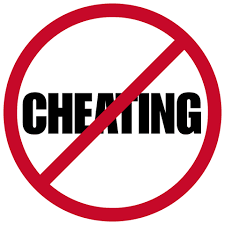 The UK may not have voted for Brexit if it had not been for “cheating” by the Leave campaign, a former employee of Cambridge Analytica has claimed.

Christopher Wylie said Vote Leave and other pro-Brexit groups had a “common plan” to get round spending controls.

He told MPs they all used Aggregate IQ, a “franchise” of the data analytics firm, to target swing voters, using information drawn from CA’s databases.

Cambridge Analytica said it had played “no role” in the Brexit referendum.

The firm accused Mr Wylie, who it said had no “direct knowledge” of its work after he left the firm in July 2014, of peddling “false information, speculation, and completely unfounded conspiracy theories”.

And Vote Leave have denied accusations that they broke the spending rules during the UK’s 2016 referendum on whether or not to stay in the European Union.

Cambridge Analytica, which is facing claims it amassed the data of millions of Facebook users without their consent and used it in political campaigns, is under investigation by the Information Commissioner.

MPs have said Facebook founder Mark Zuckerberg’s decision to decline an invitation to appear before them is “astonishing” amid reports he will testify before a US Congressional committee inquiry into data privacy.

Former Vote Leave volunteer Shahmir Sanni has claimed the official Leave campaign may have used a different pro-Brexit group, BeLeave, to get round spending controls by giving it £625,000 but requiring it to spend the money on Aggregate IQ – a Canadian data firm Vote Leave used for its digital advertising.

Vote Leave, which would have gone over its campaign spending limit of £7m if it had spent the money itself, has denied the claims, which are being investigated by the Electoral Commission.

Vote Leave says that it only donated the money to BeLeave after the Electoral Commission gave it the go-ahead.

Environment Secretary Michael Gove, a key Vote Leave figure, dismissed the allegations, adding that the referendum was a “free and fair vote”.

He said: “I think that some of the allegations have already been investigated by the Electoral Commission, twice in fact, and it’s clear from those investigations that actually there wasn’t anything that went on that was wrong.”

Appearing before the Commons Media Committee, Mr Wylie said he was “absolutely convinced” that Vote Leave, BeLeave and other groups were working together and had a “common plan”.

“All of these companies somehow, for some reason, all decided to use AIQ,” he said.

“When you look at the accumulation of evidence, I think it would be completely unreasonable to come to any other conclusion other than this must be co-ordination.”

At the time of their meeting, he said, Cambridge Analytica was working for rival Brexit group Leave.EU and Vote Leave had got the “next best thing” by hiring a firm “that can do everything that Cambridge Analytica can do but with a different billing name”.

He said he was sure Aggregate IQ had drawn on Cambridge Analytica databases during the referendum, saying it “baffled” him how a firm in the UK for only a couple of months had “created a massive targeting operation” without access to data.

“You can’t have targeting software that does not access the database,” he said.

The data, he suggested, was used to aim material to between five and seven million people Aggregate IQ believed could be persuaded to vote for Brexit.

“They were targeting a very specific cohort,” he said.

“They posited that if x per cent of these people turn out, they can win. I think it is incredibly reasonable to say AIQ played a very significant role in Leave winning.”

On the basis of Aggregate IQ’s use of data and political activities in other countries, he said questions had to be asked as to whether it was “compliant” with the law during the referendum.

“I think it is completely reasonable to say there could have been a different outcome of the referendum had there not been, in my view, cheating.”

Lawyers for Aggregate IQ have said the firm had “never entered into a contract with Cambridge Analytica” while Mr Cummings said the claims were “factually wrong” and the Electoral Commission had approved donations in the run-up to the referendum.

In a statement, Cambridge Analytica said it had sub-contracted some work to Aggregate IQ in 2014 and 2015 but that claims it worked with them on the EU referendum were “entirely false”.

“Beyond an early-stage sales pitch to Vote Leave, Cambridge Analytica had no interaction with that group or any of their vendors,” it said.

During a debate later in the Commons, Conservative Sir Edward Leigh suggested the claims of undue influence had been “grossly exaggerated” and the British electorate had had “the good sense to make up their mind” when it came to backing Brexit by a 52% to 48% margin.

But Labour MP Frank Field said that although he supported Brexit, he believed that if offences had been committed “the full weight of the law” should be thrown at anyone found culpable.

Cabinet Office minister Chloe Smith said ministers should not pre-empt the findings of the independent Electoral Commission’s investigations into whether any campaigners breached political finance rules.