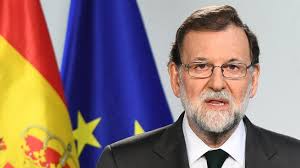 Prime Minister Mariano Rajoy has unveiled a budget with reduced taxes for workers on lower incomes and raised payments for pensioners in a bid to boost support for his minority government that’s been leaking support since Catalonia’s independence crisis.

His spending plan approved in cabinet yesterday includes increases that will benefit 5.7 million pensioners and widows.

It’s based on forecasts that the economy will grow 2.7 percent this year, up from a previous estimate of 2.3 percent given in October, and that unemployment will fall to 15 percent as sustained growth creates about 500,000 jobs.

Rajoy is trying to kick-start his policy agenda after a string of opinion polls showed his People’s Party losing support to the liberals of Ciudadanos.

While Ciudadanos leader Albert Rivera has said he’ll back the budget, it won’t pass without the votes of the Basque PNV party, which has so far withheld support amid anger over a legal crackdown on leaders of Catalonia’s independence movement.