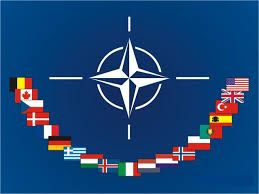 British Prime Minister Theresa May called on Tuesday for a “long-term response” by the West to the security threat from Russia as NATO followed member states in expelling Russian diplomats over the poisoning of a double agent in England.

In the most sweeping such action against Moscow since the height of the Cold War, the United States and European Union members plan to expel scores of Russian diplomats in action against the Kremlin for the nerve agent attack on Sergei Skripal and his daughter which they have blamed on Russia.

Russia, which denies any part in the March 4 attack on the Skripals, says the West’s action is a “provocative gesture” and has said it will respond.

The coordinated action among Western allies is seen as a huge diplomatic coup for May whose country is preparing to exit the EU bloc and may have had doubts about how much support she could count on.

Speaking to senior cabinet members in London on Tuesday, May said countries had acted against Russia not just out of solidarity but because they recognised the threat it posed.

“Yesterday was a significant moment in our response to this reckless act of aggression, but there is still more to be done as we work with international partners on a long-term response to the challenge posed by Russia,” her spokesman reported May as saying.

The U.S.-led NATO alliance followed suit announcing on Tuesday it was expelling seven diplomats from Russia’s mission at alliance headquarters in Brussels and blocking the appointment of three others, thus cutting the size of the mission to 20 people from 30.

“It sends a very clear message to Russia that it has costs,” NATO Secretary-General Jens Stoltenberg said.

EU member Ireland and Moldova on Tuesday joined the list of those countries expelling Russian diplomats over the Skripal poisoning.

The list includes 22 European countries including Britain itself which led the way by expelling 23 diplomats.

In the toughest action that President Donald Trump has taken against Russia since coming to office, the United States has said it will expel 60 Russians, including 12 intelligence officers from Russia’s mission to the U.N. headquarters in New York.

It is also closing the Russian consulate in Seattle.

The leaders endorsed the Western response to Russia’s chemical weapons attack in Britain, including the expulsion of Russian diplomatic personnel, the White House said.

U.S. Defense Secretary Jim Mattis hailed the diplomatic expulsions as a statement to those who doubted the unity of NATO.

“Russia has the potential to be a partner with Europe … (but) I think right now we have to recognise that they have chosen to seek a different relationship with the NATO nations,” he told reporters.

In Prague, Paul Ryan, the Republican U.S. House Speaker, on Tuesday commended unity shown over the affair. “It is important that we work in solidarity with each other, free people in democracies to stop Russia and condemn Russia for this kind of belligerent activity,” Ryan said.

Russia has not disclosed yet what retaliatory steps it will take. President Vladimir Putin was on Tuesday in the Siberian city of Kemerovo at the scene of a shopping mall fire which claimed many lives. He made no comment on the Skripal affair.

Skripal’s poisoning, which Britain says was caused by use of the Soviet-era military-grade nerve agent Novichok, is the first known offensive use of a nerve toxin in Europe since World War Two.

The attack on the 66-year-old Skripal and Yulia Skripal, his 33-year-old daughter, took place in the English cathedral city of Salisbury where he had been living since being swapped in a spy exchange deal in 2010.

They were found on March 4 unconscious on a public bench in the city and a British court says they may have suffered permanent brain damage in the attack.

The Kremlin has accused Britain of whipping up an anti-Russia campaign and sought to cast doubt on the British analysis that Moscow was responsible.