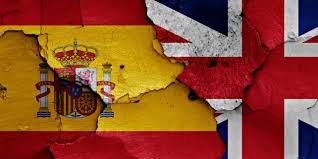 Politicians and diplomats are vague about post-Brexit voting rights of some 300,000 British expats.

British citizens living in Spain are demanding to know whether they will be able to participate in the municipal elections of May 2019 – a date which falls within the transition phase of the United Kingdom’s exit from the European Union.

“We are in the dark,” says George Thomas, a Scot who has lived in Spain for 24 years and is president of the local branch of the Spanish Socialist Party (PSOE) in the coastal town of Jávea, in Alicante province.

Around 300,000 British residents call Spain home, but neither Spanish nor British government authorities have been able to confirm whether they will be allowed to vote in the upcoming elections.

“I want to take part, I have always voted, I have participated in many local campaigns,” says Thomas. “Those politicians don’t know anything and each week there is something new and at my age I do not want to be troubled by drastic changes.”

Now 77, Thomas worked for years for a British beer exporter in the Middle East and the Caribbean, and when he retired he did not want to return to the cold of Scotland. He had been to Spain and spoke the language. When he arrived in the Mediterranean town of Jávea, he pictured himself in a pleasant and sunny retirement. He bought a house 20 years ago and is now one of the 8,000 Brits who live here out of a registered population of 28,000 – where British citizens make up 29% of the total.

Thomas was so furious about the outcome of the Brexit vote to leave the European Union that he applied for Spanish citizenship. He’s not alone. Many of his compatriots in Jávea and across Spain have begun filling out the paperwork as well.

José Chulvi, the Socialist mayor of Jávea, understands why Thomas and the others are upset. In Jávea the expats are a strong force and not just for their spending power: at the last municipal elections Chulvi won with 60% of the vote at 25 voting stations – including the six with the highest number of British citizens.

Jávea is a good example of what the situation is like for Brits living in Torrevieja, Orihuela, San Fulgencio, and other towns along the coast of Valencia. In Jávea, there are registered residents from 80 different countries and half of the residents are non-Spaniards. Chulvia has a Belgian councillor on his team, and has had to set up a help desk that can respond in five different languages. A few days ago, he organised a general meeting in English which was attended by more than 150 British residents. Their main concern was the confusion over their voting rights at the next municipal elections.

According to the British ambassador to Spain, Simon Manley, “the United Kingdom intends to offer the right to vote to Europeans who are in the United Kingdom in reciprocity, so that Brits in the European Union also have that right in local elections, but an agreement has not yet been reached because it depends on local electoral regulations.”

Bilateral negotiations on voting rights will take place with each country, but in Spain these discussions haven’t begun yet – even though municipal elections are just a year away. The issue needs to be resolved before the start of the Brexit transition period, set to begin on March 29, 2019 and end on  December 31, 2020, for British expats to be able to vote in the May 2019 elections.