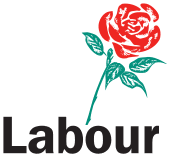 Emily Thornberry, the Shadow Foreign Secretary, suggested the deal that’s voted on this coming October will be so vague and “blah blah blah” that it will “probably pass”

Emily Thornberry, the Shadow Foreign Secretary, suggested the deal that’s voted on will be so vague and “blah blah blah” that it will “probably pass”.

A Labour source immediately played down her comments, insisting: “It’s too early to predict a voting decision.”

The row focuses on a key “meaningful vote” on Theresa May’s Brexit deal which is due to be held in Parliament in October.

The vote has been seen as MPs’ last chance to comprehensively reject the Prime Minister’s Brexit approach before Britain officially leaves in March 2019.

On Sunday, Shadow Brexit Secretary Sir Keir Starmer said the vote was “so important” and a chance for MPs to say “do we approve or do we not approve of this deal”.

But today Ms Thornberry questioned what MPs would actually be voting on – because so much detail is being left to an 18-month ‘transition period’.

In those circumstances, she said, the plan is likely to pass Labour’s “six tests” (listed below) that it set for a good Brexit deal.

Ms Thornberry told a Q&A at the Chatham House think tank: “I think if the past evidence of the past months is anything to go on, it’s going to be a ‘blah, blah, blah’ divorce.

“It is not going to actually make any decisions, it is going to continue to kick things down the road…

“So the difficulty that’s going to be with a meaningful vote in October – which we have secured – is what [are we] going to be agreeing on?

“So you know, we have our six tests. If you hold up ‘blah, blah, blah’ to the six tests, it will probably pass it.

“And then we leave the EU and then we’re in the status quo so then we’re kind of as we are now.”

Ms Thornberry said it was clear that “you can’t negotiate everything before the divorce” which raised the question – “what is the nature of the divorce?”

She said the key decisions would then come down to the transition period, set to end in December 2020.

She said: “During that period there has to be a negotiation for what our final relationship will be.

“I just hope upon hope we have a general election in the meantime and the grown-ups turn up.”

It comes just two days after Shadow Trade Secretary Barry Gardiner reportedly warned MEPs they should “consider very carefully” whether to vote down a deal.

Mr Gardiner admitted meeting the MEPs but described the framing of the report as “nonsense” at the time.

A Labour source played down Ms Thornberry’s comments, saying: “We’ve always been clear that the six tests… are what we will judge the final deal on.

“That is how we will take a voting decision – that decision will be taken in October.

“It is also highly unlikely the agreement will be light on detail. Our position hasn’t changed.”