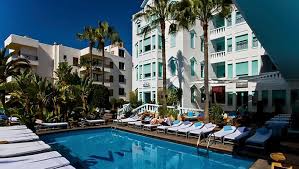 FC BARCELONA’S Lionel ‘Leo’ Messi has bought a luxury hotel in Ibiza along with other investors, according to regional TV channel IB3.

The complex will be managed by Majestic Hotel Group from this season onwards and will change its name from Hotel Es Vivé to Hotel MiM Es Vivé.

It was renovated four years ago and now has 52 suites, all designed in Art Deco style.

Messi’s investment follows on from Real Madrid’s Cristiano Ronaldo’s decision to build a luxury hotel in the capital’s central Gran Vía, and former Barça and current Manchester City trainer Pep Guardiola’s having opened a restaurant in the north-western UK city specialising in dishes from his native Catalunya.