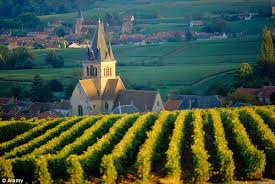 In 1999, Gavin Quinney and his wife sold their home to make wine in France, but Brexit has cast a shadow over future success.

Nearly two decades ago, Gavin Quinney and his wife sold their home in south London to move to a vineyard in France.

They have gone on to make house wines for top chefs including Gordon Ramsay, but with Brexit threatening a hard border between Calais and Dover, they are worried about their future.

With a year to go until Brexit becomes a reality, Gavin explains his fears about restrictions to freedom of movement:

My wife and I sold our house in southwest London, and some shares in a UK computer company that I’d worked at for many years, and moved with our two small children to a 60-acre vineyard called Château Bauduc, near Bordeaux, in 1999.

Of all the concerns we had – the language, viticulture, the harvest, winemaking, updating a winery, restoring a chateau, and the gite (cottage) to rent out, the bureaucracy, staff, schools, leaving family and friends behind, money, selling the stuff and so on – we never gave a moment’s thought to our right to move here. We simply took freedom of movement for granted.

We put our eldest, who was four, into the local ‘maternelle’ at very short notice with minimal paperwork. We’ve since had two more children and all have been educated in France.

Meanwhile, we’ve built up the business and the wine has been the house wine at Gordon Ramsay, Rick Stein and Hotel du Vin in the UK for many years now. We also have over 2,000 private customers in Britain, with whom we also deal direct.

Since the Brexit vote, the exchange rate has made life pretty tough as our prices have gone up in sterling terms, but of equal concern will be the customs arrangements after the proposed transition period at the end of 2020.

We currently ship our wine to a UK bonded warehouse using an EU-wide online system, which took years to develop, which allows for duty and VAT to be charged at the point of delivery in member states.

The prospect of a hard border at Dover and Calais, with more than four million lorries a year passing through and no new structures or new systems in place, is a shuddering thought for exporters and importers on both sides of the channel.

As for freedom of movement, we couldn’t have imagined that, 20 years after moving here, that would be that for future generations.

For Britons currently living in the EU27, the majority feel hugely let down by HM Government and Parliament – especially those, like us, who were not allowed to vote (under the 15-year rule) in a referendum that could impact our futures the most.

After Brexit, we will no longer have freedom of movement. We will be free to stay where we live, but not to move on.

If, for example, we wanted to move to Spain or Italy in a few years (don’t tell my wife), the surest way to do that, ironically, would be to apply for French citizenship now.

Our two youngest children, who were both born here, have been given French (dual) citizenship by right this year. We too will apply but like for all Brits who qualify by having lived in France for five years or more, applying for French citizenship can be gruelling and usually takes two years.

But at least this way – however tough it many be – we can remain both British and EU citizens, so we should be grateful for that opportunity.