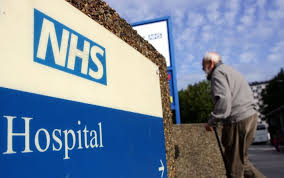 Theresa May has said that Brexit means there will be more money available to spend on the NHS and schools.

The prime minister told the BBC’s Laura Kuenssberg Brexit “would deliver a country that will be different” but with the chance “of a bright future”.

The PM visited England, Scotland, Wales and Northern Ireland, with one year to go to the UK leaving the EU.

Meanwhile ex-Prime Minister Tony Blair said Brexit could still be stopped, saying it was “not too late”.

Mr Blair, a strong backer of UK membership of the EU, told BBC Radio 4’s Today the “sensible” option was to “take a final decision” once the terms of the deal have been set out.

On 29 March 2019, the UK will formally leave the EU and is due to enter a 21-month transition period during which much of the current arrangements continue, before the final permanent post-membership relationship is due to kick-in.

Since formal negotiations began between the two sides last June, an agreement has been struck on a Brexit “divorce bill” – but the crucial issue of how they will trade together in the longer term has yet to be settled.

In her interview with the BBC’s political editor, Mrs May was asked if there would be a “Brexit dividend”.

She replied: “Of course when we leave the European Union, we’ll no longer be spending vast sums of money, year in and year out, sending that money to the European Union, so there will be money available here in the UK to spend on our priorities like the NHS and schools.”

Mrs May said she was confident of securing a deal which was good for all parts of the UK.

Asked if she thought Brexit was worth it, she added: “I think there are real opportunities for the UK, I think there’s a bright future out there and, yes, I think Brexit is going to deliver a country that will be different, for us to be an independent nation for the future.”

The issue of whether there would be a Brexit dividend was a contentious issue during the 2016 EU referendum. The Leave campaign said money sent to the EU should be spent on the NHS instead, while the Remain side said the economic impact of leaving would mean less money being available to spend on public services.

At some stage – most likely in October – the PM will have to put an outline of the Brexit deal to Parliament, with some opponents seeing that as a chance to force a rethink.

The government only has a majority in the Commons with the support of DUP MPs so Labour’s position in that vote will be important.

Shadow chancellor John McDonnell told BBC Radio 4’s Today programme Labour’s “tests” on any proposed deal were “nowhere near being met” and insisted Labour would not vote for the deal unless “the government are sensible and they negotiate properly… [so we can] get a deal that meets the six tests”.

Mrs May began her tour by visiting a textile factory in Ayrshire with other stops at a parent and toddler group in Newcastle, lunch with farmers near Belfast before meeting businesses in Barry, south Wales.

She vowed to regain control of “our laws, our borders and our money” and that the UK will “thrive as a strong and united country that works for everyone, no matter whether you voted Leave or Remain”.

The prime minister has been accused of a power grab by the Scottish and Welsh governments over plans to repatriate some powers from Brussels to Westminster rather than to the devolved administrations.

She insisted each of the devolved administrations would see “an increase in their decision-making powers” and that her government remained “absolutely committed” to the devolution settlements.

But Wales’ First Minister Carwyn Jones warned that Mrs May’s Brexit plan would “do serious damage to our economy”.

And Scotland’s First Minister Nicola Sturgeon said she wanted to see progress in the talks over devolving powers to UK nations from Brussels.

“This is about powers over the environment, agriculture, fishing, justice – perhaps whether in future trade deals, our health service could be put up for grabs,” she said.

“These things really matter and that’s why this is such an issue of importance for us.”