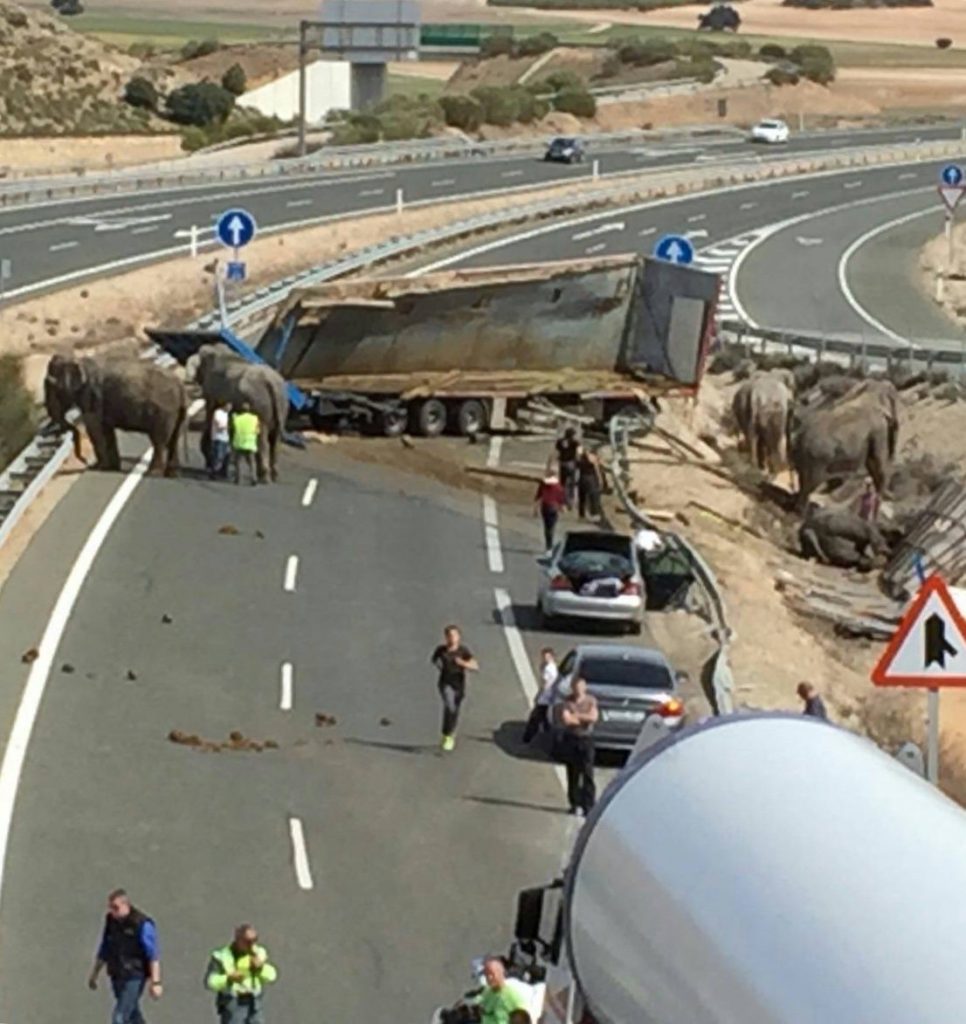 An elephant died and four others were injured Monday when a circus truck carrying them crashed on a Spanish highway, prompting an elaborate rescue after the animals tipped onto the road.

The truck was overtaking a slow vehicle on the highway near Pozo Canada in the central region of Castilla-La Mancha when it suddenly overturned, said a spokeswoman for the DGT, the government department that oversees Spain’s road network.

The highway was closed to traffic for around two hours as authorities sent cranes to lift the injured elephants onto other vehicles and move them from the road.

One video showed an elephant being lifted as firefighters stabilised it by holding its big feet, one of which appeared to be wrapped in a bandage.

There were five elephants in the truck and another video showed the two uninjured  elephants being led away from the scene.

Photos of the accident showed the truck lying on its side across the highway, with some of the elephants standing nearby.

Silvia Barquero, the president of Spanish animal welfare political party PACMA, said the animals belonged to the Gottani Circus, which has performed several shows in the area over Easter.

She tweeted: “The lorry that has overturned was carrying Circo Gottani elephants. Show them more kindness. We treat animals like slaves. Enough of circuses that use animals.”

In recent years opposition has grown to using wild animals in circuses with hundreds of towns outlawing such entertainment but Spain’s government has failed to introduce a nationwide ban.

Many took to social media to decry the cruelty of keeping animals in the circus, highlighted by the latest incident.

But the Circus Association of Spain insisted that the animals were being transported in a truck that met all the legal regulations.

Ignacio Pedrera, spokesman of the association lamented the negative comments seen on social media including one post which said “If only the keeper had died instead of the elephant”

The driver (although unhurt) is suffering terribly,” he told El Pais. “He loved those animals.”.