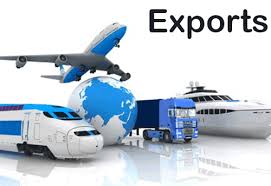 Factories shrugged off heavy snow to raise production last month, but activity over the first quarter was the weakest in a year.

The manufacturing sector, which accounts for about 10 per cent of national output, continued to see solid inflows of new work at home and abroad, with export orders up for the 23rd month running, according to the IHS Markit/CIPS purchasing managers’ survey.

Its barometer of factory activity showed an increase to 55.1 in March from 55 the previous month, compared with economists’ forecasts of 54.7. An index reading above 50 denotes growth.

“The sector looks set to make further slow and steady progress as we head through the spring.”
However, the news was not so good for builders.

Tim Moore, the associate director at IHS Markit said: “The construction sector continued to experience subdued business conditions during March, but snow-related disruption was a key factor behind the marked decline in activity on site reported by survey respondents.

“Total construction output fell at the fastest pace since July 2016, driven by the sharpest reduction in civil engineering activity for five years and a renewed fall in commercial work.

“House building increased slightly during March, although the rate of expansion was still softer than at any time in 2017.”