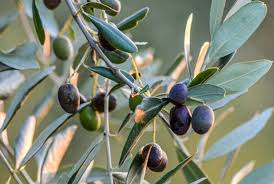 Californian olive farmers have argued imports from their Spanish counterparts are gifted an unfair advantage because of the EU’s farming subsidies.

As a result, the US Department of Commerce opened an investigation to deem whether Spanish olive imports are “being dumped in the US market as less than fair value” and whether the US industry and its workforce are being harmed.

In 2016, the imports of ripe olives from Spain were estimated above a value of £50million, according to the US Department of Commerce.

“If the Commerce Department preliminarily determines that dumping or subsidisation is occurring, then it will instruct US Customs and Border Protection to start collecting cash deposits from all US companies importing the subject ripe olives from Spain,” the department added.

The threat has sent Brussels into a panic, with Spanish olive producers estimating the new US tariffs could cost €350-700million over the next five to 10 years.

MEPs, in Strasbourg, in March, passed a resolution insisting the subsidies gifted to Spanish olive growers are in line with World trade Organisation rules.

They said: “The European Parliament calls on the US authorities to withdraw their interim decision and re-establish a mutually constructive approach in this domain to the mutual benefit of producers and consumers on both continents.”

“What we are seeing here is Trump’s America First’ attacking our agriculture policy,” she told Politico.

“It seems Trump’s policies are encouraging US producers to go down a protectionist path and try to shut out foreign competition.”

The Spaniard also criticised the EU’s Trade Commissioner Cecilia Maelstrom, for her handling of the issue.

Ms Aguilera Garcia added: “If we allow the US to go ahead with this, then we risk other countries saying: Why don’t we also challenge the EU’s agriculture policy?”

In August, Ms Maelstrom wrote to MEPs promising to “continue to intervene throughout the investigation on a technical and also political level, in order to avoid any unjustified measures”.

The EU, however, will remain poised after the US Commerce Department delayed their decision on whether to impose tariffs until June 12.

A European Commission source told Express.co.uk: “The Commission has been defending the interests of the EU olives’ producers in cooperation with the Spanish authorities from the beginning of these proceedings.

“The European Commission considers that there is no base for anti-subsidy measures, as the provisional ones put in place by the United States last November. We are also very much disappointed by the preliminary anti-dumping duties decided in January.

“As for the question of subsidies, the Commission has provided the US authorities with extensive evidence throughout the process and reiterates that the EU’s support to farmers, including to Spanish olive producers, does not distort trade. The EU has been and remains a strong supporter of a rules-based international trade system and consistently plays by WTO rules.

“The duties are not yet final, so we will continue to use all the means available to us to ensure a fair outcome to these investigations.”