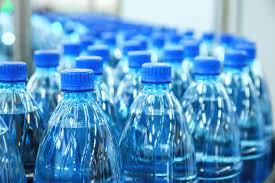 A price cap of €1.60 on bottled water in Spanish airports has been reviewed, and vending machines and bars will charge no more than €1 from now on, says aviation infrastructure body AENA.

It announced two-and-a-half weeks ago that in accordance with recommendations from the national ombudsman and in response to one of the main sources of passenger complaints that water would cost no more than €1.60 a bottle in any terminal in Spain, but has now opted to follow 2015 guidelines by the International Airports Council (ACI), which says bottles should be a maximum of €1 – or that, at least, plenty of available sources of water no more expensive than this should be on site both airside and in arrivals and departures.

With no sign of controversial liquids rules being reviewed any time soon, airports worldwide have often taken advantage of the fact that passengers cannot bring their own water bottles onto the plane and need to buy them airside, enabling retailers to charge excessively high prices.

This is particularly aggravating for long-haul fliers as hydration is an absolute necessity, meaning they are stuck with having to pay extortionate prices.

AENA has announced that any new franchises for eateries, bars or vending machines at its airports must not charge more than €1 for bottled water, and will ensure existing ones follow the rules.

Six airports in Spain currently house 134 vending machines which sell half-litre (500ml) bottles of water for €1 each – León and Salamanca (Castilla y León), Vitoria (Basque Country) and three in the Canary Islands, Fuerteventura, Tenerife South and Gran Canaria – and 19 airport shops now have the price cap written into their contracts.

When AENA announced the initial €1.60 water-bottle price cap in mid-March, it also pledged to set up more drinking fountains in Spanish terminals, which could be used free of charge by passengers.

At present, 41 fountains are installed in arrivals and departures and 152 airside, but more will be added.

Some passengers, put off by the excessive water-bottle prices in Spanish airports until now, have been taking their own empty plastic bottles through security and filling them up from the taps in the toilets airside, but the quality of the tap water cannot always be guaranteed and may cause nausea for foreign travellers who are used to mains water in their home countries.

This said, tap water is drinkable nowadays in most built-up areas in Spain.