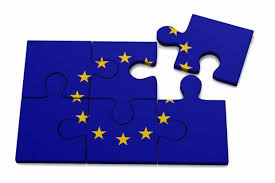 Brexit voters should be given the prosperity they were promised because they were “voting against more of the same”, a former advisor to Theresa May has said.

Will Tanner highlighted the importance of Government delivering on all sides, which should include “a proper industrial strategy a radical new skills framework and serious housing market reform”.

Writing in the I Newspaper, Mr Tanner said: “The Government should replace European economic funding post-Brexit with a new investment framework that is unapologetic about helping areas that have been left behind.

“With the right uplift in fibre broadband and incentives for translational research and venture capital, Leeds could be a global hub for medical technology.”

He said Brexit voters were not voting to become poorer, but they were voting against more of the same and “given how their fortunes have fared over recent decades, why shouldn’t they?”

Mr Tanner said: “Yet people ignored the experts and voted for Brexit, and did so in largest numbers where the economic risks were supposedly greatest – in places like Tyneside, Plymouth and Boston.”

Mr Tanner was an adviser to Mrs May from 2014-17 and the deputy head of the Policy Unit during her first year in 10 Downing Street.

The adviser said that Leave voters were for Brexit even though Remoaners were claiming there would be disastrous economic consequences.

He said: “At the time, the economic case against leaving was strong: newspapers carried threats of recession from the Bank of England, of mass unemployment from the Treasury, and weaker investment from business leaders.

“People baulk at the thought of picking winners, but governments have been doing it with London for decades Yet people ignored the experts and voted for Brexit, and did so in largest numbers where the economic risks were supposedly greatest – in places like Tyneside, Plymouth and Boston.”

These comments come as the Commons Brexit committee has urged the government to consider negotiating continued membership of the European Economic Area or joining the European Free Trade Association after the UK leaves the European Union.

The Barclays boss, Jess Staley, said this week that Brexit offers an opportunity for Britain to become more competitive following its departure from the EU.