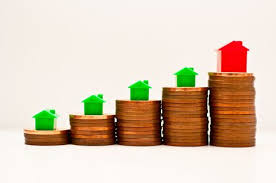 Average house prices increased by 4.3% in 2017 to a typical €1,532 per square metre, or around €153,200 for a large three-bedroomed apartment, according to the Quantity Surveyors’ Society (Sociedad de Tasación, or ST).

Figures have just been released for the end of last year, showing that the highest increase in prices was in Barcelona – by 10.2% – and confirming that the Catalunya political crisis has had no negative effect on home values in the region’s largest and Spain’s second-largest city.

Now having been on the up for two-and-a-half years non-stop, rising by 2.3% in the second half of 2017, the ST’s statistics show the recovery which started in 2015 is gradually consolidating itself.

Home value increases have gathered strength, too, given that the second quarter of 2016 showed a year-on-year rise of just 0.3% – considerably lower than that for the end of 2017.

Despite this, the ST has highlighted a ‘two-speed’ housing market at work in Spain: after Barcelona’s 10.2% and its wider region’s 8.7% hike, the highest increases in price were seen in the Balearic Islands (7.5%) and the Greater Madrid region (6.9%), yet home values continued to drop in less-inhabited and less-touristy areas such as the provinces of Teruel (down by 1.3%), Segovia (a reduction of 1.1%) and those of Cuenca, Soria and Zamora (showing a 1% fall).

In terms of regional home value changes overall, the lowest were seen in Castilla y León and in Murcia, where prices went up by just 0.3% on average; Castilla-La Mancha, with a 0.4% increase, and Asturias in the north, where the cost of buying a residential property rose by just 0.6%.

All regions except for Murcia, where prices fell by 0.1%, saw increases in the second half of 2017, with Catalunya showing the healthiest figures, up by 4.7%.

The ST’s figures show that the average buyer needs to spend 7.5 years of their full gross annual salary on a home, a figure that has not moved in several years.

Renting instead of buying is increasing in popularity, having gone up from 7.6% in 2016 to 8.2% in 2017 – although owner-occupancy continues to be the overwhelmingly preferred type of living, as more than eight in 10 adult residents in Spain – except for those still living with their families of origin – either own their properties outright, or have a mortgage.

The northern half of Mediterranean Spain saw the greatest hikes in rent prices – 8.72% in Barcelona, 8.45% in Lleida and 8.11% in Valencia.

Some of the lowest returns for landlords are found in the provinces of Guipúzcoa and Vizcaya in the Basque Country, and in A Coruña in Galicia.

The Balearic Islands have seen a 3.2% drop in returns for landlords, mainly because the cost of buying property has risen so sharply.