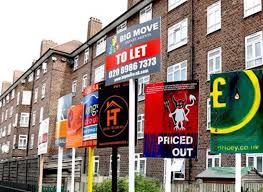 Brexit is adding to the hopelessness young people feel about the future, a leading headmaster said today.

Robin Bevan of Southend High School for Boys said that for the first time in years children are less optimistic about their prospects than their parents’ generation. He believes that Brexit is one issue causing anxiety, along with unaffordable housing in the South-East, social media and exam pressures.

Mr Bevan said it is the job of schools to provide a sense of hope for pupils and urged members of the National Education Union to ensure they do so.

The union, created by a merger of the NUT and the ATL unions, began its annual conference today in Liverpool.

Mr Bevan told the Evening Standard that pupils lack an overriding “narrative of hope” for their futures. He said: “Sixty or 70 per cent of young people were opposed to Brexit, yet we have national leaders taking us on a path that seems completely in the opposite direction to the hopes of young people. It’s not a criticism just of Theresa May, it’s true on the Left as well. There isn’t a dominant narrative of a better future.”

He added: “Really since 1850 every generation has had very good reason to be optimistic for the future — whether because of increasing wealth, or technology or great social changes.

“But somehow we have lost that sense of the fact that the future can be better than the past. It is possible for the future to be better for them, but the dominant messages in the political mainstream are painting a pretty bleak picture.”

Mr Bevan has put forward a motion noting the increasing incidence of suicide among young adults and teenagers, and questioning whether school life is adding to feelings of hopelessness.

On whether Brexit is causing young people to feel more hopeless, he said: “I have no doubt that it is one of a number of factors. There is also the fact that in the South-East there is a lot of despondency around access to property. There is also a widespread view that not only do you now need a degree to get a job, but you probably need a Masters as well. These things are not all true but they are the way the story is being presented for young people.”

He added that teenagers also have to contend with anxiety arising from social media, the “fear of missing out” and the “fake lives” being presented online.

He said schools can help give an encouraging view of the future by offering children residential trips and exposing them to school plays and concerts and Duke of Edinburgh awards. He added: “The daily experience at school needs to be more than just lessons.”