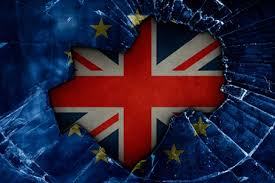 Work is being put on hold, but while the FCA says its day-to-day work will continue, a bomb like Brexit will inevitably hit activities beyond those considered to be low priority.

Brexit has already collectively cost the citizens of this country billions, and the bills keep on coming in. One of them is from the Financial Conduct Authority (FCA), which says it needs an extra £30m to deal with the thing this year.

It’s true that that sum represents little more than a rounding error compared to the overall cost, and the City provides the funding for its regulator, so that might not seem like such a big deal. But it is.

It will be filled by delaying or not doing things that really ought to get done. As such, an extension of the senior managers regime that holds top bankers to account to cover legal types will be delayed. A move to force insurers to stop befuddling their policyholders with complicated language is going to meet the same fate.

There are those who would look at these issues, and the other things the watchdog is putting on hold, and shrug. The really important stuff will still get done. Day-to-day supervision will continue. The heavy mob in the enforcement division will jump on miscreants. The big issues will be tackled. Why worry?

For this reason: When something like this comes along it inevitably grabs the attention of the best and brightest people at an organisation like the FCA.

That can’t help but affect the important stuff too, all the more so given the complications thrown up by the fact that the people handling it are the sort of nincompoops we have in government.

The message to organisations like the FCA from them? You’re on your own kiddo.

Their compliance departments are facing the same sort of issues as the FCA, and they’ll know that too.

Part of the price for taking back “control” for incompetent ministers to sow havoc as they see fit is that people will inevitably get hurt through bad people taking advantage of the chaos to make merry. They’ll do that because they know that they can, however hard the FCA tries to keep a lid on them.

When it happens those ministers will be looking for scapegoats. Top of the list will be the city watchdog’s boss Andrew Bailey and his deputies.

I should imagine that ‘A Policeman’s Lot is Not a Happy One’ will be at the top of more than a few Spotify playlists at FCA towers by the time this is done.