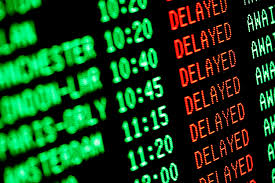 Airline and train strikes in France and Germany are causing long delays and cancellations to connections with Spain, the national government has confirmed.

France’s national rail board, SNCF, started on Sunday evening at 19.00 and will continue until tomorrow (Tuesday) at 08.00, and is the first in a series of 36 days planned by staff in protest over their government’s plans to amend workers’ statutes within the State-owned transport company.

On average, a quarter of international rail routes to and from France have been affected and will be so on future strike days – Italy’s cross-border trains have ground to a complete halt, and those linking up Girona, Barcelona and Valencia with Paris via Montpellier have suffered disruption, as has the Eurostar between Paris and London.

Air France workers are also on strike – 35% of pilots, 20.2% of cabin crew and 13% of ground staff – to put pressure on the firm to give them a 6% pay rise to cover increased living costs due to inflation over the past few years.

The first Air France strike day is tomorrow, and others are planned for April 17 and 18, a Tuesday and Wednesday, and for April 23 and 24, a Monday and a Tuesday.

Connecting flights to long-haul destinations from Spain, as well as actual Air France flights between the two countries are likely to be seriously disrupted and the company has urged passengers to postpone their trips if they can.

Meanwhile, in Germany, national airline Lufthansa staff are due to strike tomorrow in four airports – one of which is Frankfurt, a common long-haul connecting airport for other European countries, including Spain from which flights are operated to destinations in Asia with connections in Germany.

The other three are believed to be Bremen, Cologne-Bonn and Munich.

Around 90,000 travellers will be affected, including all those on the 800 flights scheduled for Lufthansa – 58 of which are long-haul connections – which have been cancelled between 05.00 and 18.00.

Anyone travelling from Spain to or via Germany tomorrow should be prepared to have to pick another flight date.

Lufthansa workers are among the 2.3 million public-sector employees in Germany who are calling for a salary increase of either 6% or €200, whichever is the higher, and airline staff are trying to negotiate a new working conditions agreement.

For the latest flight information go to our flight update feature.