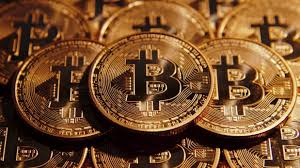 A MASSIVE transatlantic drug-trafficking racket laundered the proceeds of their illicit trade using Bitcoins, according to the Guardia Civil, who have arrested 11 people and placed another 137 under formal investigation.

The gang is thought to have laundered over €8 million, partly using ‘mainstream’ currency and partly through buying and selling Bitcoins.

Led by Europol after being detected by the Guardia Civil in Spain and the US’s Department of National Security, the swoop has led to eight raids on properties and the seizure of IT equipment, huge bags of money in cash, and fake ID cards.

The smugglers used 174 current accounts and several credit cards as well as Bitcoins, and were said to have deposited the cash in small amounts via ATM machines all over Spain to put authorities off the scent.

They then withdrew the money in Colombia, where the other end of the operation was based, and in Panamá.

Withdrawals were traced to cashpoints in the Colombian cities of Cali, Bogotá, Medellín, Cucuta, and Panamá City.

To reduce the likelihood of their being caught and faced with requests from banks for confirmation of the source of their funds, the gang decided to invest in Bitcoins.

But the ‘Bitcoin mint’ in Finland was able to trace the source and destination and pass the details onto police.

The money converted into the popular cryptocurrency came from Spain and was converted back again in Colombia, the Finnish headquarters revealed.