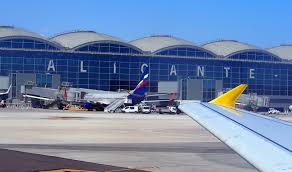 The Alicante-Elche Airport that serves Spain’s Costa Blanca has recorded 957,857 passengers in the month of March.

The Alicante-Elche Airport managed a total of 6,734 flights in March, which represents an increase of 4.7% over the same month of the previous year.

And during the first three months of the year, the airport saw a total of 2,375,523 passengers pass through its terminal – up 4.2 per cent on the same period last year.