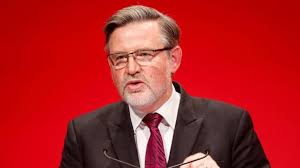 A shadow cabinet minister has branded a key Labour Brexit policy “b******s”, according to reports.

In a recording obtained by the BBC of comments about the six tests Labour has set for the Brexit deal, Mr Gardiner reportedly said: “Well let’s just take one test – the exact same benefits. B******s. Always has been b******s and it remains it.

The comments come after Mr Gardiner already had to apologise for controversial comments he made about the Irish border row.

Labour insisted Mr Gardiner “fully supports” the party’s position on Brexit. A spokesman said: “Labour has set six tests for the final Brexit deal. Those include holding the Government to its own commitment to deliver the same benefits as the single market and customs union.

“We have been clear that, if those tests are not met, Labour will not back it in Parliament. Barry Gardiner fully supports that position.”

Asked what he would do over Mr Gardiner “denouncing” Labour policy, Jeremy Corbyn said: “Barry Gardiner does not denounce our Brexit policies.

“We have had a conversation with him. It’s quite clear he does support our strategy of holding the Government to account on the tests that have been put forward.”

The latest row comes after a recording of a question and answer session at a think tank event in March emerged where Mr Gardiner suggested the Good Friday Agreement – which marks its 20th anniversary – was outdated.

Former prime minister Tony Blair told BBC Radio 4’s Today programme: “I don’t know how anyone can say that. It’s the only basis upon which you’re going to have peace.”