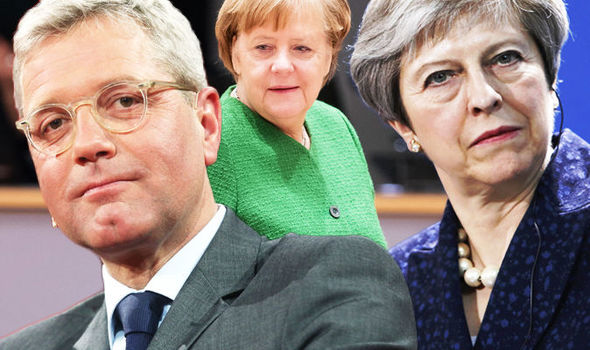 German politician Norbert Röttgen claimed the British Government had “no clue” on how to resolve the “Brexit conundrum” despite having spent a year in talks with the European Union.

Former German minister Norbert Röttgen accused the British Government of having “no clue” on how to manage the “illogical impossibility” of Brexit.

Mr Röttgen said that while “sad” to see Britain leave the bloc, Germany and the European Union had accepted the vote but demanded London provides “plans” to reach a deal.

Talking to the BBC Radio 4’s Today programme, he said: “We are sad about the new reality but I’d say the German sense now is that the Brits have decided upon Brexit and they will have the idea of how to do it, how to manage it, how to organise it, how this future relationship will be. We are waiting for their proposals.

“I am really convinced, and I think this is part of the reality, that Britain and the British Government – although having been occupied with this matter for a long time – has not really a clue how to organise this conundrum of Brexit.”

Mr Röttgen – who serves as Chair of the Foreign Affair Committee in the German Parliament and is a member of Angela Merkel’s Christian Democratic Union – also suggested that a Brexit “no deal” scenario remained on the cards.

He continued: “It is a possibility, we can’t really exclude that this isn’t going to happen. I think it’s not the most likely possibility but one must not exclude this because, for many including me, Brexit seems to be an illogical impossibility.

“At the same time being out of the single market but wanting to have access, particularly with financial services, seems to be a conundrum. How to really, logically, combine the goals of British politics I haven’t really understood.

“This is one reason why we can’t really exclude a deal is not going to happen because we need to have an idea of how we are going to do it.”

Mr Röttgen’s fears of a “no deal” echoed warnings from the leader of Germany’s central bank Andreas Dombret.

The Bundesbank director said that despite breakthroughs in Brexit talks a transitional deal is still “not a 100 per cent certain” and called on British banks to prepare for a cliff-edge scenario.

He said: “I believe we need to hope for the best but prepare for the worst.

“By the middle of this year, we believe at the German central bank, that it’s important to have started the application for a new licence should one want to have a licence in the EU 27 to do business.”