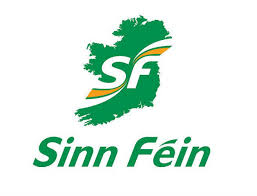 TAOISEACH Leo Varadkar has slapped down suggestions from the UK government that he is dancing to the tune of Sinn Féin in the Brexit negotiations.

At a conference in London, Brexit Secretary David Davis blamed the lack of a solution to the border question on a “change of government” in Ireland.

He said “a strong influence from Sinn Féin” had impacted on the approach being adopted by Mr Varadkar.

However, the Taoiseach has this afternoon dismissed the charge as “strange”.

“Of course we listen to what Sinn Féin have to say, as it is a party in Northern Ireland and here in the Republic.

“But ultimately it is the second party in the North and the third party in the Republic, and so I don’t think it has more influence on the Irish Government than the Liberal Democrats and the SNP have on the policy of the British Government,” he said.

Speaking in Dublin, Mr Varadkar said his government is “certainly not taking directions” from Mary Lou McDonald “any more than Theresa May is from Alec Salmond or First Minister Nicola Sturgeon”.

“I think the comments were a bit strange and inaccurate, and I probably shouldn’t say any more about them than that, except that when it comes to Brexit, the only interests that the Irish Government is defending are those of Ireland, both in Northern Ireland and the Republic of Ireland, and that means avoiding a hard border and holding the British Government to its commitment that there will be no hard border, because that’s what farms and business people and citizens on both sides of the border want and need,” Mr Varadkar said.

A number of Conservative politicians in the UK have previously attempted to play up the influence of Sinn Féin on the Irish government.

During his comments, Mr Davis was challenged by a member of the audience who told him to “check his facts”, noting that there has been no change of government in the Republic.

“Well you had a change of leader or a change in Taoiseach. They’ve [Sinn Féin]been playing a strong political role which they haven’t done historically, that I hadn’t foreseen,” Mr Davis responded.

“We’ll leave our interpretations aside if you like. But the simple truth is that on both sides of the border the politics changed with the change of Taoiseach and with the disappearance of the Northern Ireland executive.

“That’s quite important. It’s slowed the process down slightly.”