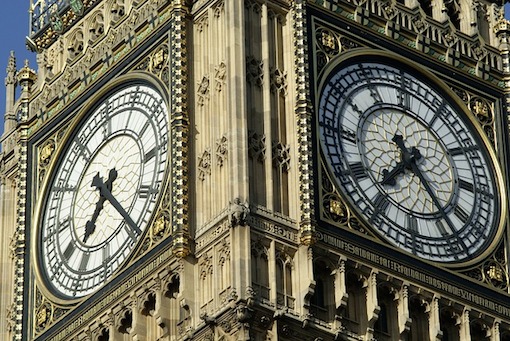 What is the meaning of a “meaningful vote” by MPs on Brexit? What are the Tory rebels trying to do? Could the House of Lords stop the government in its tracks? Here is a bluffer’s guide to the paths, perils and pitfalls that parliament will face in the months ahead.

The European Union (Withdrawal) Bill. This would take the UK out of the EU, by repealing the 1972 Act that took the UK into the (then) Common Market. The Withdrawal Bill has been approved by the House of Commons. It is now being considered by the House of Lords.

The Trade Bill. This is designed to allow the UK to maintain its current trade links in the immediate aftermath of Brexit. Our current trade rules are set by the EU. These rules would be adopted as UK rules, pending the negotiation of long-term trade agreements with the EU and the rest of the world. This is currently with MPs in the House of Commons, as is…

The Taxation (Cross-border Trade) Bill. This is usually referred to as the “Customs Bill.” It is designed to provide the UK with its new customs, VAT and excise system once we have left the EU, and to establish a platform for future trade agreements with other countries. Thus, whereas the Trade Bill concerns what happens during transition next year and the year after, the Customs Bill concerns what happens after that.

A group of peers from all parties want the UK to remain in the EU’s customs union. They are seeking this in an amendment to the Withdrawal Bill. It would mean abandoning one of the key planks of Brexit—the right of the UK to negotiate its own trade agreements in future. If this amendment were to pass, then MPs would have to decide how to respond. In practice, their decision is likely to be overtaken by a similar pro-customs union move already underway in the House of Commons….

A group of MPs, including Ken Clarke and Anna Soubry (Conservative) and Chris Leslie and Chuka Umunna (Labour) want to change both bills. Their amendment to the Trade Bill says:

It shall be the objective of an appropriate authority to take all necessary steps to implement an international trade agreement which enables the UK to participate after exit day in a customs union with the EU in the same terms as existed before exit day.

Their amendment to the Customs Bill states:

It shall be a negotiating objective of Her Majesty’s Government in negotiationson the matters specified in subsection (2) to maintain the United Kingdom’s participation in the EU Customs Union.

If the amendments are not withdrawn, and if the government loses either vote, currently likely to take place in June, it will have to decide whether to accept the decision of MPs, or seek to reverse it. Acceptance would enrage pro-Brexit Tories, while any attempt to reverse the vote would risk a further defeat and humiliation for the government.

This is likely to be in the autumn (though a few months ago there was some confusion over the timetable). David Davis, the Brexit Secretary, has said that the government will table a resolution in both the Commons and Lords, to secure support for “both the Withdrawal Agreement and the terms of our future relationship” with the EU.

Technically, Brexit could go ahead without such a vote. In January last year, the Supreme Court noted that it would have no legislative effect, but would be “an important political act.” In reality, the government would be unable to ignore defeat.

Strictly speaking, while defeat would kill the deal with Brussels, Brexit could still go ahead, but with no transitional arrangements and a real prospect of economic chaos. The fabled cliff-edge—the moment of greatest hazard to British jobs and businesses—would be brought forward from December 2020, at the end of transition, to March 2019, and with very little time to sort out the mess.

Politically, it would be a different story. Precisely because the prospect of leaving the EU with no deal would be so terrible, parliament would be plunged into a crisis that could play out in various ways:

With each of these options, the UK might ask the EU to delay Brexit beyond next March, while MPs and peers grapple with the crisis.

As well as favouring the customs union, a number of Peers such as Andrew Adonis, the former Labour cabinet minister, want to amend the Withdrawal Bill to give the people, rather than parliament, the final say on whether Brexit actually goes ahead. Any amendments passed by the Lords will then have to be considered by the Commons.

The chances of the House of Lords approving at least one amendment are high. Most peers, including a considerable number of Conservatives, are strongly anti-Brexit. As they are peers for life, their rebellion would not jeopardise their place in parliament.

Assuming that the Commons reject any Lords amendments, the issue would then return to the Upper House. This “ping pong” to-ing and fro-ing might embarrass the government. In theory, the Lords have the right to stick to their pro-European guns. Then the government would have to use the Parliament Act to overrule the Lords—but could not do so for a year. Thus the Lords have the power not to stop Brexit altogether but to throw out the government’s timetable.

However, it is extremely rare for conflicts between the Lords and Commons to get this far. Usually the unelected peers end up giving way to the elected MPs.

That said, the Lords could still make a difference. If the negotiations with Brussels go badly, and/or if government is in difficulties in the Commons, and/or public support grows for a new referendum, and/or polls show that a significant number of Leave voters are having second thoughts—then the Lords will be harder to dismiss as undemocratic and out-of-touch.

In the end, it will be MPs who take the crucial decisions over the next few months. What the House of Lords might be able to do is contribute to the political weather, adding to the power of the storms that might yet sweep the Government’s Brexit hopes away.