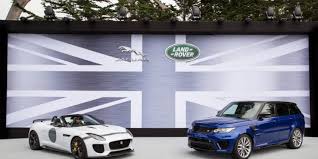 Britain’s biggest carmaker Jaguar Land Rover (TAMO.NS) will cut around 1,000 jobs and production at two of its English factories due to a fall in sales caused by uncertainty around Brexit and confusion over diesel policy, a source told Reuters.

Output will be cut at its central English Solihull and Castle Bromwich plants, affecting some 1,000 agency workers, the source said.

A spokesman at Jaguar Land Rover (JLR) declined to comment on the number of jobs which would be lost but the firm said it would be making changes to its output plans.

“In light of the continuing headwinds impacting the car industry, we are making some adjustments to our production schedules and the level of agency staff,” the company said in a statement.

It is not renewing the contracts of a number of agency staff at the Solihull site and would be informing staff on Monday of its plans for the 2018-19 financial year.

In January, the firm said it would temporarily reduce production at its other British plant of Halewood later this year in response to weakening demand due to Brexit and tax hikes on diesel cars but did not detail any job losses.

Jaguar sales are down 26 percent so far this year whilst Land Rover demand dropped 20 percent in its home market as buyers shun diesel, concerned over planned tax rises and possible bans and restrictions in several countries.

“It’s been obvious to everyone that sales have been dropping,” the source said.

British new car registrations have been falling for a year which the car industry body has partly blamed on weakening consumer confidence in the wake of the Brexit vote, after record demand in 2015 and 2016.