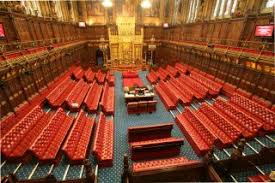 The British House of Lords is expected to vote in favour of an amendment to the EU Withdrawal Bill calling for UK Prime Minister Theresa May’s government to negotiate a deal which “enables the UK to continue participating in a customs union with the EU.”

In a vote later this week, the Lords are expected to support the amendment by a majority of over 50. If the amendment is passed, the bill will go back to the House of Commons to vote.

On Monday, a UK government source was quoted as saying, “The government is listening on the important aspects of the bill. There was always going to be a time when this type of amendment, the customs union amendment, was going to cause a bit of a clash. We’ll just have to see how the debate goes.”

Meanwhile, a former European Commission trade director general has put forward a six-point plan for avoiding a return to a hard border in Ireland after Brexit.

Publication of the report by Mogens Peter Carl comes with less than 12 months remaining before the UK formally leaves the EU at the end of March 2019.

While issues such as the financial settlement and citizens’ rights are widely deemed to have largely been resolved, the debate has now moved to the future trading relationship between the UK and EU.

The author of the report is a former director-general of the European Commission’s Directorate-General for trade and previously a senior official at the World Bank.

The report, published by the Brussels-based Friends of Europe think tank, says that as the “questions of people and money” have been resolved in the Brexit negotiations, the important focus now should be on sorting out future EU/UK trade relations.

According to the report, ‘Brexit: Yes…But where to?’, a fully comprehensive free trade agreement would be the “key to unlock the current impasse on whether to be a customs union or not.”

It says, “With this, it may be possible to minimise any disruption for some or several years beyond 2020, provided that all the conditions below are met.

“This would mean that the current trade in goods will be able to continue unhindered and by definition avoid the re-introduction of a hard border between Northern Ireland and the Republic of Ireland.”

But for this to be achieved, agreement must be reached on various issues, it states.

Carl says, “The challenge for the negotiators, on both sides, will be to agree on all these topics.

“There is no hierarchy between them since they are so closely connected, because if an agreement cannot be reached on all six, the “’no border control’ objective cannot be achieved”.

On financial services, the author states that there is “no denying the positive impact” Britain’s EU membership has had on financial institutions in London, and notes that “most large London ‘exporters’ are, incidentally and paradoxically, European, Asian or American, relying to a large degree on the savoir faire of EU27 nationals.”

Losing this benefit of membership of the EU has been presented as a looming disaster by some and played down by other experts, he says.

He said, “Over time, the EU can do without London but the reverse is not the case to the same extent.

“One may expect that no agreement will be reached on these issues, even to disagree, until the very last stage of the negotiations.”