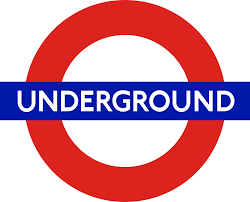 British Transport Police are searching for two Londoners who brutally attacked a Spanish woman on the underground after recriminating her for ‘not speaking English’.

The victim, 24, had been chatting to a group of friends in Spanish at around 03.45 on a Saturday morning on the Central Line when the attackers shouted at her: “Speak English when you’re in England.”

Described as black British women in their 20s, the assailants dragged the Spanish girl by her hair around the carriage, causing her injuries to her face and scalp.

“We don’t have CCTV at the moment but we need your help tracing those responsible – so please share,” British Transport Police wrote on their Twitter site, @BTP.

A description of the violent women has been released – they are said to have been wearing their hair in braided dreadlocks, and one was wearing a black jacket and the other a brown one.

Police are still waiting for security camera footage, and in the meantime are urgently seeking witnesses to the attack.

Details of the victim have not been revealed, and it is not clear whether she lived in the UK or was a tourist in the capital.