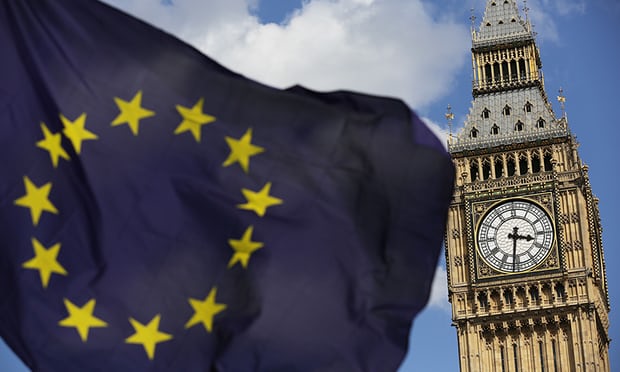 Almost half the bills needed to pave way for leaving EU have yet to be introduced to parliament.

A parliamentary logjam will mean the government is likely to struggle to pass vital legislation paving the way for leaving the EU before the parliamentary vote on the final Brexit deal.

Almost half of all the legislation that is needed has yet to be even introduced by ministers.

MPs returned to parliament on Monday after the Easter recess – the 123rd day that parliament has sat since the general election – but the government is still to pass a single piece of Brexit legislation.

Parliament will only sit for another 80 days before MPs are expected to vote on the final Brexit deal struck between Theresa May and the European Union, scheduled for October.

The shadow Brexit minister, Jenny Chapman, said there was now “a real danger” that MPs would be ask to vote on the final Brexit deal without having approved crucial legislation, such as the immigration bill, and would be voting blind.

The prime minister has promised the UK parliament will be the first to ratify the deal, before it goes to the EU parliament and the other 27 states, though the timeline may slip.

Last June, May said this parliament would be a “busy legislative session.” In total, the government has only passed four bills from last year’s Queen’s speech. By comparison, the 2010 coalition government had passed twice as many laws at this stage of the parliament.

The general election delivered a hung parliament, leaving May able to pass bills only with the support of Northern Ireland’s Democratic Unionist party and dependent on the discipline of Conservative MPs.

In December, pro-EU Tory MPs defeated the government to guarantee parliament a meaningful vote on the final deal. The Lords is currently debating the bill and may yet inflict another defeat on the government by passing an amendment to keep the UK in a customs arrangement with the EU.

The amendment, sponsored by former Conservative party chair Lord Patten, calls for the government to negotiate an arrangement “which enables the United Kingdom to continue participating in a customs union with the EU”.

Several other key pieces of legislation have been delayed, in part because of concerns about the possibility of Conservative rebellions.

Chapman said MPs may be expected to vote on the final Brexit deal before they have even had the chance to scrutinise important details such as the government’s immigration plan. “Take back control didn’t mean running away from parliament,” she said.

“It’s frankly embarrassing that, more than 10 months since the general election, the government hasn’t passed a single piece of Brexit legislation. Ministers have delayed crucial votes and failed to introduce vital bills.”

An analysis by Labour found 44% of Brexit legislation was still to be introduced by ministers – including the immigration, fisheries and withdrawal agreement and implementation bills.

Conservative MPs in favour of a soft Brexit, including two of the party’s select committee chairmen and three former ministers, have put their name to amendments that would force the prime minister to put Britain’s membership of a customs union back on the negotiating table.

Jeremy Corbyn has said Labour’s policy is to support such an arrangement, raising concerns in No 10 that May could be defeated on a key plank of her Brexit strategy. However, it remains unclear whether the Tory MPs behind the amendment would go as far as pushing for a vote if there was a real possibility of fatally undermining the prime minister.

A government spokesperson said: “Brexit is an issue of national importance and clearly it is important that parliament is given the proper opportunity to scrutinise the legislation that will underpin it.

“We are making good progress and we are confident that we can pass the necessary legislation in good time. For example, the EU (withdrawal) bill has already moved through the Commons and is now at report stage in the Lords while the nuclear safeguards bill and sanctions and anti-money laundering bill have made good progress through both Houses.”